6 Steps to Getting Started as a Prayer Warrior 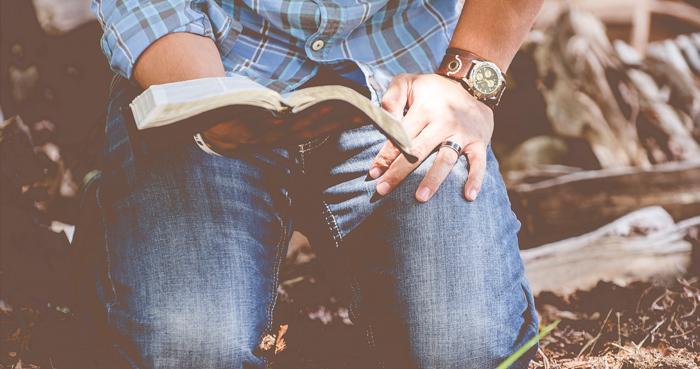 The Bible declares that the devil will work quadruple overtime in the final hours of history. Like any illegitimate ruler, he struggles to hold on to power. He knows his end draws near.

…Woe to the inhabiters of the earth and of the sea! for the devil is come down unto you, having great wrath, because he knoweth that he hath but a short time.
—Revelation 12:12b

Whether you like it or not, we’re in a war with Satan. His evil influence permeates our society. Sin abounds and people accept as commonplace situations and events that, even a few years ago, they would have found shocking. Abortion, divorce, fornication and adultery, violence, drugs and alcohol, denial of religious freedoms, war, and many other everyday occurrences speak of a culture in crisis.

Like no other time in history, the devil is using any tool he can find to stir up trouble and ensnare the unwary.

Thankfully, where sin abounds, God’s grace abounds all the more!

…But where sin increased and abounded, grace (God’s unmerited favor) has surpassed it and increased the more and superabounded….
—Romans 5:20b (AMP)

Whenever and wherever Satan is at work, God is also at work. Praise the Lord! There may be a strong influence of evil at work in the world, but the Holy Spirit is also at work; so there is a tidal wave of sinners coming to a saving relationship with Jesus Christ.

The Scrap Heap of Life

There is a junkyard near where I grew up. I drove by it recently, and I saw beautiful late-model Cadillacs that had been totaled. They put those wrecked cars in a machine that crunched them into little square packages. They were loaded on a train and sent to be melted down. That’s what the devil wants for your life. He wants to put you on the scrap heap so you’ll be crushed, sent away, and melted down.

But with the help of the Bible, the Holy Spirit, you’ll earn your stripes in this “last days” battle. Are you willing to be a warrior?

1. Always begin from a position of victory.

We’re seated in heavenly places with Christ, far above all principalities and powers (Ephesians 2:6). The devil is under Jesus’ feet, and even if you and I are just his little toe, the devil is still under us.

2. Don’t wait for a special “burden” to get involved in spiritual warfare.

The Bible doesn’t say “if you pray,” it says “when you pray.” When coupled with faith, prayer is the single most powerful activity a Christian can engage in. Pray regularly!

3. Remember our weapons are not of this world.

They are nuclear warheads compared to the devil’s flyswatters. His armaments are limited to carnal weapons. We have supernatural ones.

For though we walk in the flesh, we do not war after the flesh:
(For the weapons of our warfare are not carnal, but mighty through God to the pulling down of strong holds;)
Casting down imaginations, and every high thing that exalteth itself against the knowledge of God, and bringing into captivity every thought to the obedience of Christ….
2 Corinthians 10:3–5

4. Speak to the problem.

The spiritual roots of problems must listen and obey. When Jesus spoke to the fig tree, there was no immediate result, but a few days later it had withered from the roots (Mark 11). Roots will obey when you speak to them in Jesus’ name.

Warfare praying just takes a portion of your regular prayer life. A young man sat in the pew after a service. He was the last one in the sanctuary. I asked if he would like to accept Christ, and he said, “I can’t. Something’s holding me back.” I placed my hand on his head and said, “In the Name of Jesus, devil, you loose this man’s will.”

The man started screaming and gagging. Mary Jo and the kids ducked for cover because they didn’t know what was happening. Then he began to cry and accepted Christ. Later, he went home and got rid of all his satanic music and drug paraphernalia. Today, he is still a member of Mount Hope Church, and that all happened 25 years ago.

Short prayers can be powerful. In Acts 4, the disciples prayed a short prayer, and when they finished the building shook. Get a few committed believers to agree in prayer with you, and you’ll be able to spiritually shake your city!

6. Use the sword of the Spirit—the spoken Word of God.

When Satan confronted him, Jesus said, “It is written.” Then Jesus spoke a bite-sized portion of Scripture in context and it was enough to scare the devil off (Matthew 4:4).