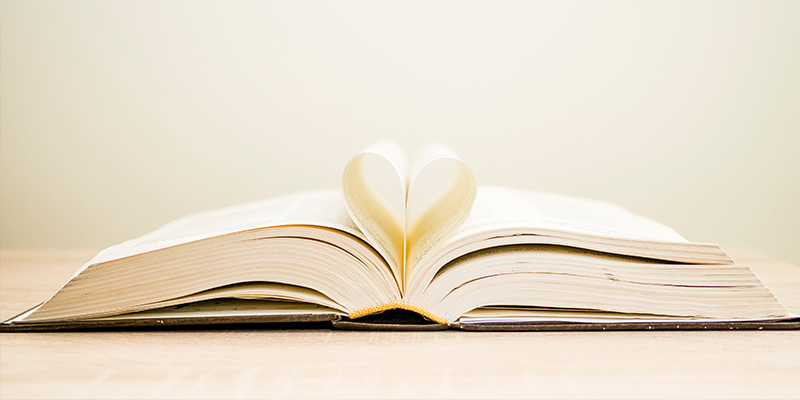 Many people want to wait until they are perfect to become a leader. They say, “I don’t have what it takes to do the task because I’m not perfect enough!” But I made a liberating discovery: God is not looking for perfect people. He is looking for people with perfect hearts toward him.

When Jesus said to be perfect as your heavenly Father is perfect, he meant growing into complete maturity of godliness in mind and character, reaching the highest level of virtue and integrity.

Leviticus 11:44a NLT
For I am the Lord your God. You must consecrate yourselves and be holy, because I am holy.
Matthew 5:48 NKJV
Therefore you shall be perfect, just as your Father in heaven is perfect.

No leader is perfect. Great leaders have leaps and lapses of faith. Take Noah, for example. He was called perfect, but he got drunk after the flood. Abraham, the father of faith, let his wife go with another man because he was afraid. Job was called perfect, but God rebuked him strongly for what Job said. David, a man after God’s heart, committed a terrible sin and covered it up with an even worse sin.

None of Jesus’ disciples were perfect. James and John wanted to call fire down out of heaven on people who would not receive Jesus’ message. Peter was filled with the Holy Spirit, but he still made many mistakes as recorded in the Gospels and the book of Acts.

You can find such examples of “leaps and lapses” through the entire Bible. David wrote,

Psalm 101:2 NKJV
I will behave wisely in a perfect way.  Oh, when will You come to me?  I will walk within my house with a perfect heart.

What does this mean, a “perfect way”? There are keys to what God means by having a “perfect” heart and how to be a perfect pacesetting leader.

A perfect heart is first a surrendered heart. You know you have this when you say, “God, I’ll do it your way and not my way.” When Moses came upon the burning bush, the Lord said, “Take your sandals off your feet, for the place where you stand is holy ground.” Moses’ shoes are symbolic of human plans. When you surrender to God, he will use you mightily, too.

Dr. Paul Yonggi Cho was the pastor of the largest church in the world in Seoul, South Korea. I met Dr. Cho in 1980 in New York. He had 80,000 members in his church at that time. When he retired, he had over 800,000 members. He had been a young Buddhist when an Assemblies of God missionary led him to the Lord. Cho started a church in Seoul and had thirteen members. He couldn’t seem to grow any more than thirteen members.

Meanwhile, he was doing everything from baptizing to officiating weddings to funerals. His body began to break down and he developed heart problems. As he lay in the hospital, he heard the Lord say; You’re trying to be the “Great Cho.” You’re trying to do everything. Now do it my way. I want you to delegate authority and let other people also minister.

That was contrary to how churches operated in South Korea, but Cho obeyed. He told his deacons, “I’ve got to delegate authority to you. To make the church grow, we’ve got to do it God’s way.” They said, “Oh, no! That’s what we pay you for!” Cho went back to God and said, “I told you, Lord! They won’t do the work. Now what?”

The Lord said, Ask the women. So Cho called in the women and said, “I am delegating authority to you.” They started leading small groups, and the church exploded in size. Cho delegated so much of his responsibility that he could be away six months of the year training pastors in other countries, and the church still grew. He had a surrendered heart—a perfect heart, and he was willing also to surrender his authority.

The apostle Paul wrote from prison to Timothy. Paul studied constantly. He didn’t just study the Scriptures; he studied books by other anointed leaders. He wrote Timothy,

2 Timothy 4:13 NLT
When you come, be sure to bring the coat I left with Carpus at Troas. Also bring my books, and especially my papers.
2 Timothy 2:15 KJV
Study to shew thyself approved unto God, a workman that needeth not to be ashamed, rightly dividing the word of truth.

God has designed us to learn little by little, not in one big gulp of learning.

Isaiah 28:9–10 NLT
“Who does the Lord think we are?” they ask. “Why does he speak to us like this? Are we little children, just recently weaned? He tells us everything over and over—one line at a time, one line at a time, a little here, and a little there!”

A temple is built one brick at a time, and a pacesetting leader is built by learning one principle at a time through on-going study.

Too many believers are changeable. They continuously operate by feelings and emotions and zigzag all over the “mood map.” One of the most liberating moments of my life was when I realized that my “feelings” should not determine my thoughts and actions. I don’t have to check with my feelings before doing what God has taught me. It allows me to lead with stability.

Some people’s impulsiveness and lack of stability prevent God from using them or promoting them. Reliability and dependability are much more important than ability. Ability without reliability is like trying to walk with a broken leg. A surrendered heart leads to study. Study leads to stability, and stability means that God can use you in increasingly greater ways.

God is not looking for perfect people but people with perfect hearts. Maybe you have felt useless to God because you focus on your imperfections. The good news is that God is not waiting for you to be perfect. He wants you to practice being a pacesetting leader right now! Surrender your heart, study diligently, and become stable. Over time you will develop the perfect heart that your calling requires.

The Art of Pacesetting Leadership course is available online. Save $10 with code FRIEND. Or get the DVDs for your church or small group.