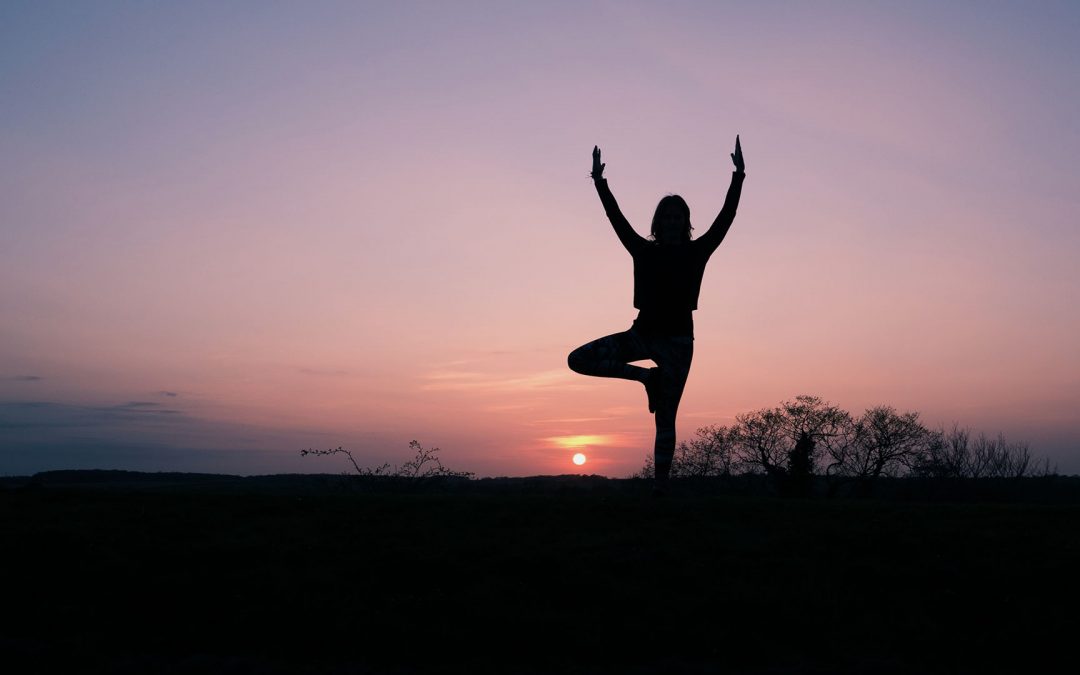 Maybe you know someone who practices yoga, and you’ve had a certain “feeling” about it you cannot explain. That “feeling” is likely God’s loving discernment, warning you about a hidden and potentially lethal danger.

The Christian Church, including Charismatics, Pentecostals, and Evangelicals, is exploding with occult practices that only a few years ago were characterized as spiritual counterfeits. Today we read about “Christian witches,” “Christian Wicca,” “Christian mediums,” “Christian psychics,” and now “Christian yoga.”

2 Timothy 4:3 (MEV)
For the time will come when people will not endure sound doctrine, but they will gather to themselves teachers in accordance with their own desires, having itching ears

Because it’s currently taking the Church by storm, I’m focusing exclusively on yoga. Why does yoga, like the forbidden fruit, wield such a mysterious, peculiar appeal?

An increasing number of Christians are unintentionally departing from the faith and unwittingly practicing the very things God hates.

I do not condemn those who practice yoga.

I do, however, want to issue an honest, loving, and urgent warning about the severe consequences of engaging in this spiritually risky and deceptive system.

I am quite certain I will be criticized, mocked, and misunderstood. Whenever someone speaks for God’s honor, typically he will be belittled sarcastically by those who think in a twisted way. It goes with the job description of the discerner.

Jeremiah 6:17 (NLT)
I posted watchmen over you who said, ‘Listen for the sound of the alarm.’ But you replied, ‘No! We won’t pay attention!’

According to the Springfield News-Sun, when Pastor John Lindell passionately warned his congregation about the dangers of yoga, people immediately hurled insults, calling his sermon “ludicrous,” “ignorant,” and “divisive.”

Isaiah, the prophet, saw what was coming to his people for their pagan practices and said, “Let me cry for my people as I watch them being destroyed.” (Isaiah 22:4b). I think I understand how the prophet felt.

I have listened to heart-wrenching testimonies of those who, after time, suffered confusion, demonic oppression, and even physical maladies after delving into yoga. I rejoiced when they turned to the real Jesus Christ, not the “guru,” but the Savior. Those who did turn to Christ immediately began warning others of the dark, nefarious path on which others were embarking when they signed up for a yoga class.

My goal is to honor God by bringing the truth about yoga to America and the English-speaking world and to reach the misguided souls who are practicing this ancient form of shamanism, sorcery, pantheism, and self- worship.

They Are Sitting in Your Church

New Agers teach a various blend of karma, chakras, yoga, higher consciousness, Christ consciousness, mindfulness (Eastern meditation), crystal powers, spirit channeling, and psychic powers. Today, naïve people that practice some of these identical concepts are sitting in our church pews, spreading a counterfeit gospel to others. And typically, they don’t know it.

Paul issued a stern message to the elders at Ephesus that warned about twisted teachers that would arise right from among the Church.

Acts 20:29-30 (MEV)
29  For I know that after my departure, dreadful wolves will enter among you, not sparing the flock.
30  Even from among you men will arise speaking perverse things, to draw the disciples away after them.

1 Peter 5:8 (MEV)
Be sober and watchful, because your adversary the devil walks around as a roaring lion, seeking whom he may devour.

We are unquestionably living in the day prophesied long ago when people would reject solid biblical doctrine and instead chase after unqualified teachers who embrace and espouse “doctrines of demons.” (1)

Thank God for discerning Christians. My friend Jillian ordered a yoga workout video, but every time she tried to exercise with it, an uncanny spiritual sense enveloped her and gently said, “This is off-limits for you.” She now knows that “spiritual sense” was discernment from the Lord. She never practiced yoga again.

Some Will Not Read This

Some will probably not finish reading this article. But, it’s not an expression of honest wisdom to refuse instruction from someone who cares about you.

Galatians 4:16-17 (TPT)
16 Have I really become your enemy because I tell you the truth?
17 Can’t you see what these false teachers are doing? They want to win you over so you will side with them. They want you divided from me so you will follow only them. Would you call that integrity?

When I learned about the Christian yoga brands that were popping up across America, I researched their teachers’ books, videos, and blogs. I wanted to know what they were teaching. I even read Patanjali’s Yoga Sutras, translated into English by a Harvard professor. (2) I was stunned to discover the clear threads of sorcery in Patanjali’s writings and wondered how followers of Jesus could participate in an ancient occult practice like this.

Moving Away From the One True God

I painfully discovered that yoga–any brand of yoga–makes you move away from the one true God of the Bible and pulls you toward a counterfeit god while deceiving you into believing you are “connecting” with the true God. Faith is not faith unless it is firmly rooted in God’s revealed Word and His promises. For example, you cannot say, “Adultery is fine if I re-name it “holy adultery.”

And you cannot take one-sixth of the Hindu doctrines, re-intention them for worship of Jesus, re-name them “holy,” and practice them “in faith.” That is not faith, and that is not grace. Instead, it is disobedience and disgrace.

In my research, I learned that the physical postures in yoga are an intrinsic and vital part of a sorcery-ridden false religion that changes you mentally and spiritually. That’s the real purpose of yoga. It is not designed as a mere physical exercise, but to subtly refashion your mind to occult views.

The repeated practice of yoga pushes out the spirit of Jesus, replacing it with another spirit called “kundalini.” Regardless of the music playing in the background or on what or whom you are meditating.

Yoga was specifically fashioned to alter your mind to pagan and demonic mysticism. If you don’t believe it, listen to the scores of testimonies from precious souls like Corrina Craft, Jessica Smith, Kirstin Falsetta, or Mike Shreve, who each have renounced the spirit behind yoga and returned to the real Jesus Christ of the Bible.

In essence, when we engage in yoga, we are committing adultery with pagan gods. Inescapably, deception, and delusion will always follow.

Yoga is inseparably linked to the demonic realm.

It cannot be disconnected from sorcery and divination. You cannot change yoga’s nature by putting a Christian name tag on it and calling it “Christian” or “holy.”

After two years of researching, talking with experienced individuals, listening to testimonies, and examining God’s Word, I have come to this conclusion. Yoga wields the preternatural power to separate you from Jesus and open you and your family to treacherous demonic influences and spiritual attacks.

The following verses sum up my prayer for you:

Psalm 119:1-3 (TPT)
1 You’re only truly happy when you walk in total integrity, walking in the light of God’s word.
2 What joy overwhelms everyone who keeps the ways of God, those who seek him as their heart’s passion!
3 They’ll never do what’s wrong but will always choose the paths of the Lord.

I pray you will experience the love of God in its fullness as you walk His perfect path along with His Son Jesus. I ask the Holy Spirit to fill you with wisdom, revelation, discernment, and understanding…and that you’ll gain a full revelation of the Lord’s unchangeable love for you. I’m confident that you’ll find your place in the heavenly family, arm-in-arm with the saints and holy angels without employing any ancient occult practices.

To learn more about yoga review this document that lays out 24 Dave Williams Ministries’ official board-approved beliefs toward all forms of Yoga.

(1) 1 Timothy 4:1 NKJV [ The Great Apostasy ] Now the Spirit expressly says that in latter times some will depart from the faith, giving heed to deceiving spirits and doctrines of demons.
(2) The Yoga System of Patanjali, translated from the original Sanskrit by James Haughton Woods, Professor of
Philosophy at Harvard University, CAMBRIDGE, MASSACHUSETTS, University Press 1914. 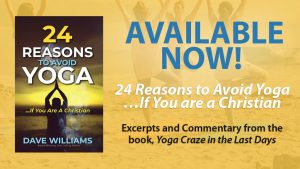