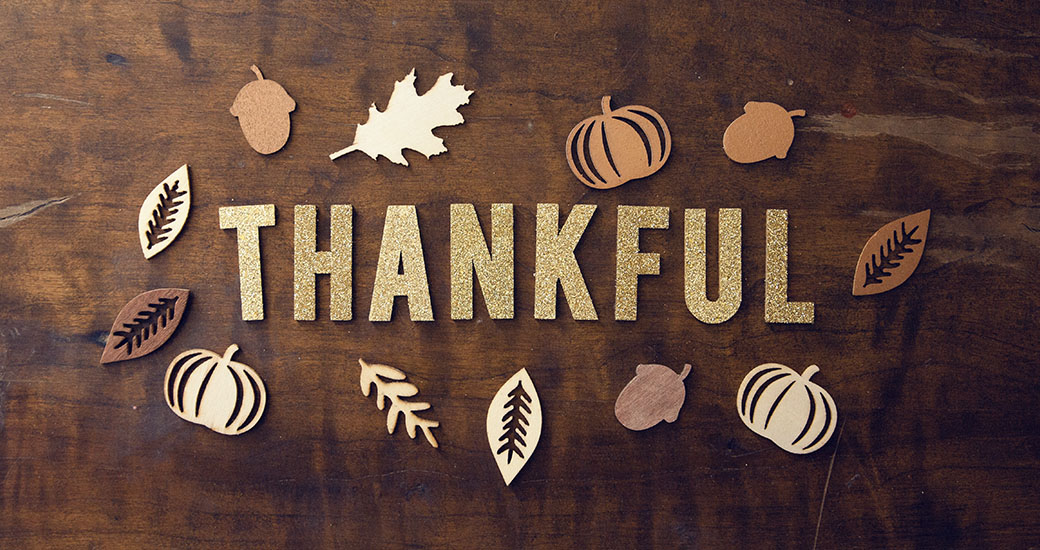 Do you understand the power of thanksgiving? I’m talking about being thankful and grateful rather than complaining.

Psalm 100:4
Enter into his gates with thanksgiving, and into his courts with praise: be thankful unto him, and bless his name.

Colossians 3:15
And let the peace of God rule in your hearts, to the which also ye are called in one body; and be ye thankful.

Find the good things in your life to be thankful for. Write them down. Offer up a prayer of thanksgiving to the Lord and open the door for miracles to come your way.

Can you think of anything for which to be thankful?

I saw an interview a while ago with a Los Angeles Lifeguard—a real Baywatch hero. He said that since becoming a lifeguard, he had rescued 223 people. And out of that 223, only three came back to thank him. Imagine that!

Jesus had a similar experience. He had just healed ten lepers, yet only one of them bothered to come back and say, “thanks.” That’s incredible. Jesus said the one who took the time to say “thanks” received something the other nine did not. The other nine were healed, but the one who stopped to thank Jesus was made whole. That means that the others got rid of their leprosy but still bore the scars of what it had done to them. The Bible says the thankful man was made whole. His missing extremities, lost from leprosy, now returned.

Opening The Gate To Miracles

Psalm 50:14-15
Offer unto God thanksgiving; and pay thy vows unto the most High: And call upon me in the day of trouble: I will deliver thee, and thou shalt glorify me.

Thanksgiving does something supernatural.

In the Hebrew language, the suggestion is that the word “thanksgiving”—the act of being grateful— opens the gate for miracles. It brings supernatural grace or favor into our lives. Jim Rohn, a man who has studied the lives of successful men and women across America, made an interesting discovery. He said the number one key to happiness, achievement, and success is first to be thankful. Amazing! We’ve all known gripers and complainers and criticizers. And it’s true. They’re not very happy people. They’re in the majority. But you can be in the minority and open the gate to miracles and favor in your life by being thankful. Success and happiness can be yours through thanksgiving.

Luke 17:11-19
And it came to pass, as he went to Jerusalem, that he passed through the midst of Samaria and Galilee. And as he entered into a certain village, there met him ten men that were lepers, which stood afar off: And they lifted up their voices, and said, Jesus, Master, have mercy on us. And when he saw them, he said unto them, Go show yourselves unto the priests. And it came to pass, that, as they went, they were cleansed. And one of them, when he saw that he was healed, turned back, and with a loud voice glorified God, And fell down on his face at his feet, giving him thanks: and he was a Samaritan. And Jesus answering said, Were there not ten cleansed? but where are the nine? There are not found that returned to give glory to God, save this stranger. And he said unto him, Arise, go thy way: thy faith hath made thee whole.

Matthew 14:19-20
And he commanded the multitude to sit down on the grass, and took the five loaves, and the two fishes, and looking up to heaven, he blessed, and brake, and gave the loaves to his disciples, and the disciples to the multitude. And they did all eat, and were filled: and they took up of the fragments that remained twelve baskets full.

Thankfulness can multiply your goods.

Years ago, I figured out how to hook two cassette tape recorders together to duplicate tapes. I made a copy of a tape for a friend of mine, and he was so appreciative and grateful that I made him another one. And then another. Even though it took time, it was a joy because my friend appreciated it so much. He got quite a few tapes added to his library because of his grateful attitude.

One day the disciples were complaining about not having enough food to feed the people when Jesus took what they had, gave thanks for it, and a miracle occurred. A few fish and a few loaves of bread multiplied supernaturally to feed 5,000 men. I think something miraculous happens when we’re thankful for what we do have instead of complaining about what we don’t have.

Try your own experiment today. See how this “attitude of gratitude” influences others in your life, and watch God multiply your blessings!