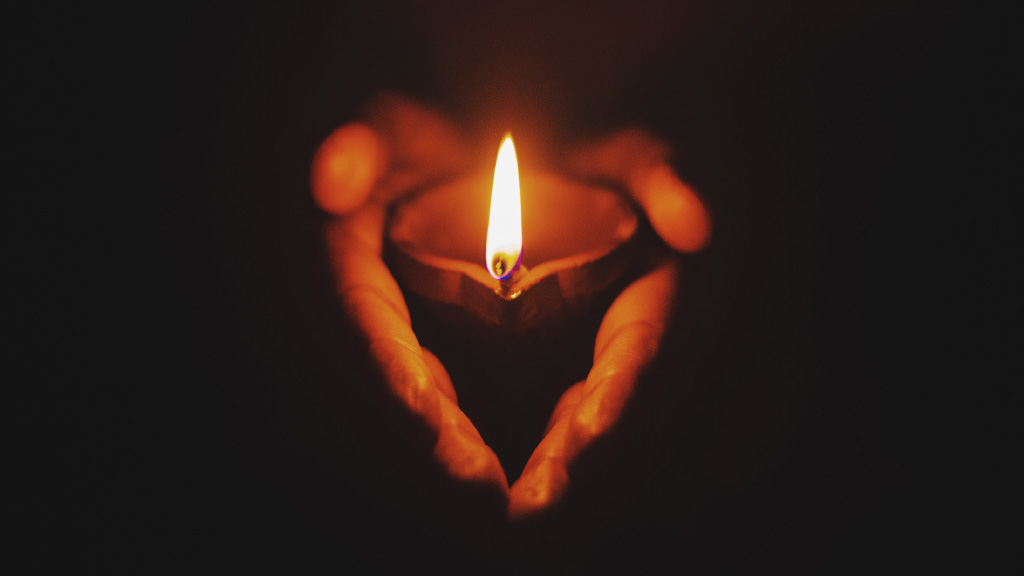 Have you ever driven into a city or neighborhood and gotten the creeps, or have you walked into a restaurant or business and started feeling edgy or odd? Were those feelings just random? I don’t think so. I believe those “feelings” were discernment, reflecting your spiritual sensitivity to the invisible world.

I learned that spiritual territories exist worldwide, and each city, neighborhood, or home can have a different ruler—Jesus or the devil. Satan tries to set up territorial demonic principalities over cities, regions, cultures, families, and individuals to keep them in bondage and under his domination. I have seen that spiritual realm, and it’s not pretty.

We are in the final days NOW! There is no doubt in my mind or my spirit that we are probably the “terminal generation.” I believe we will see Jesus come for His Church. Satan is well aware that his kingdom is about to encounter a bitter end; thus, he and his minions are working feverishly and fiendishly to bring as much havoc on the human race as possible before his demise.

And like any illegitimate ruler, Satan (the slanderer) struggles to hold onto power. He knows his time nears the end. He knows all Heaven is about to crash upon him, and he’s thrashing around like a shark on the end of a huge fishhook—trying to take as many people as possible down with him.

Whether you like it or not, we’re in a war with Satan. Some think ignoring the devil, and his tactics will keep him from attacking. They are grossly mistaken. The Apostle Peter wrote that believers must be alert.

1 Peter 5:8-9a
Be sober, be vigilant; because your adversary the devil, as a roaring lion, walketh about, seeking whom he may devour: Whom resist steadfast in the faith…

The level of violent crimes has dramatically increased just this year. It’s out of control in San Francisco, New York, Chicago, and Los Angeles. I heard somebody sing, “I’m going to kill my wife. I’m going to take her life, don’t try to stop me now; I’ve got my hands around her neck!”  You might be tempted to laugh it off—it’s just a song—but Jesus told us that the devil is a murderer (John 10:10). He’s been a killer from the beginning.

Satan is fighting to claim your soul. You must learn how to resist him and guard your heart.

The Bible says we’re not to be ignorant of his devices (2 Corinthians 2:11).

As a believer, you must accept that Satan is real and that we are engaged in a real battle with him, but our victory is assured if we believe in Jesus and fight against the devil in Christ’s power.

You must recognize the enemy’s character and nature, his works and devices, methods and tactics.

Then you can cast him out of your affairs. The Bible says:

Mark 16:17a
And these signs shall follow them that believe; In my name shall they cast out devils…

Belial: The Principality That Makes Your Life and Work Useless.

One of Satan’s most powerful principalities is known as “Belial.”

You must actively resist him and give him absolutely no ground in your life, family, job, or financial affairs!

2 Corinthians 6:15 NKJV
And what accord has Christ with Belial? Or what part has a believer with an unbeliever?

2 Corinthians 6:15 NLT
What harmony can there be between Christ and the devil.

Belial is a Hebrew word used to characterize the wicked or “worthless.” It comes from two root words, “without” and “value.” The name Belial means worthless, of no profit or value, lawless, and reckless. Some Hebrew scholars call Belial “yokeless,” as “not yoked with God.”

In early Hebrew translations, the word “Belial” occurs 27 times. Fifteen times the word appears to indicate worthless people (Smith’s Bible Dictionary). We know from the New Testament that every person has worth to God. So how can some people lose value and see their lives deteriorate into utter worthlessness?

Two words associated with the name Belial give us a clue. “Wicked” and “idolatry” (Deuteronomy 13:13). Wicked means twisted, whether it’s in one’s thoughts, beliefs, words, or actions. Idolatry is having anything placed above God and His will.

The Reality of the Invisible Realm

John Milton in his poetic writing, Paradise Lost, attempts to fill in the details of what takes place in the spiritual realm, like Frank Perretti’s This Present Darkness. Perretti takes us behind the scenes of this natural physical world and unveils the activities in the spirit world. Milton writes that Belial is the vilest of Satan’s generals—the powerful demon of impurity and lies.

In the Sibylline oracles’ literature (AD 100–500), we find the suggestion that the coming end-time antichrist will be possessed by Belial, as he works to make the Earth and everything in it worthless.

2 Thessalonians 2:3 NLT
Don’t be fooled by what they say. For that day will not come until there is a great rebellion against God and the man of lawlessness is revealed—the one who brings destruction.

Judges 19:22 KJV
Now as they were making their hearts merry, behold, the men of the city, certain sons of Belial, beset the house round about, and beat at the door, and spake to the master of the house, the old man, saying, Bring forth the man that came into thine house, that we may know him.

Defining Sons of Belial in other translations

Israel pressured Samuel into giving them a king. When Samuel anointed the first king of Israel, the children of Belial complained.

1 Samuel 10:27 KJV
But the children of Belial said, How shall this man save us? And they despised him, and brought no presents. But he held his peace.

The Children of Belial in other translations

Belial appears to be a specific principality like Leviathan (a crocodile-like spiritual creature who seeks to tear ministries, churches, businesses, and families apart). And Mammon (who breeds covetousness, greed, and robbing from God.)

Again, Belial’s name means “without profit, worthless or useless.” He lures people into sins that render their lives worthless and barren so nothing they do brings glory to God.

Belial has a specific battle plan for your destruction. If he can seduce you into idolatry, pride, sexual sins, alcohol, or drugs—these are his specialties—then he can attach a demonic “cling-on” to you and bring you under God’s judgment.

1 Timothy 4:1-2
Now the Spirit speaketh expressly, that in the latter times some shall depart from the faith, giving heed to seducing spirits, and doctrines of devils; Speaking lies in hypocrisy; having their conscience seared with a hot iron.

One Bible translation renders the phrase “consciences have been seared” as “marking them for the devil.” This means when you wander too far from the truth, you cause yourself to be marked for destruction.

Does this mean Belial can rob you of salvation? No. Nobody can do that. But if he can get you to sin repeatedly in some area, it will create an opening for a demon to cling onto you. Consistent sin can build a power base for demons to influence your thoughts and actions. In the end, your life might become unfruitful, and all your work worthless—Belial’s ultimate goal.

“A person may play around with pride, pornography, heresy, and sexual sin, but soon there comes a point when their spirit is corrupted and they become marked for destruction.”

Time is Running Out Fast

Time is short. Avoid Yoga, Eastern Meditation, Mind Science cults, and the teaching that Jesus and Krishna are the same and that all religions are alike and lead to God. That’s the religion of Belial and the coming Antichrist. Only one God loved us enough to come down to earth as a human and die for our sins. That is Jesus Christ, the Son of the Living God. According to a recent Barna Study, only about one third of all pastors in America actually have a biblical worldview. Only 12% of all youth and children’s pastors hold a biblical worldview today. Maybe it’s time to do better at the screening of our ministerial candidates.

John 3:16-17
For God so loved the world, that he gave his only begotten Son, that whosoever believeth in him should not perish, but have everlasting life.
For God sent not his Son into the world to condemn the world; but that the world through him might be saved.

Abide in Jesus. Walk in the Holy Spirit who will guide you, direct you, and keep you from Belial’s snares. Jesus will likely come for His faithful bride very soon!