Dreams in the Night Season 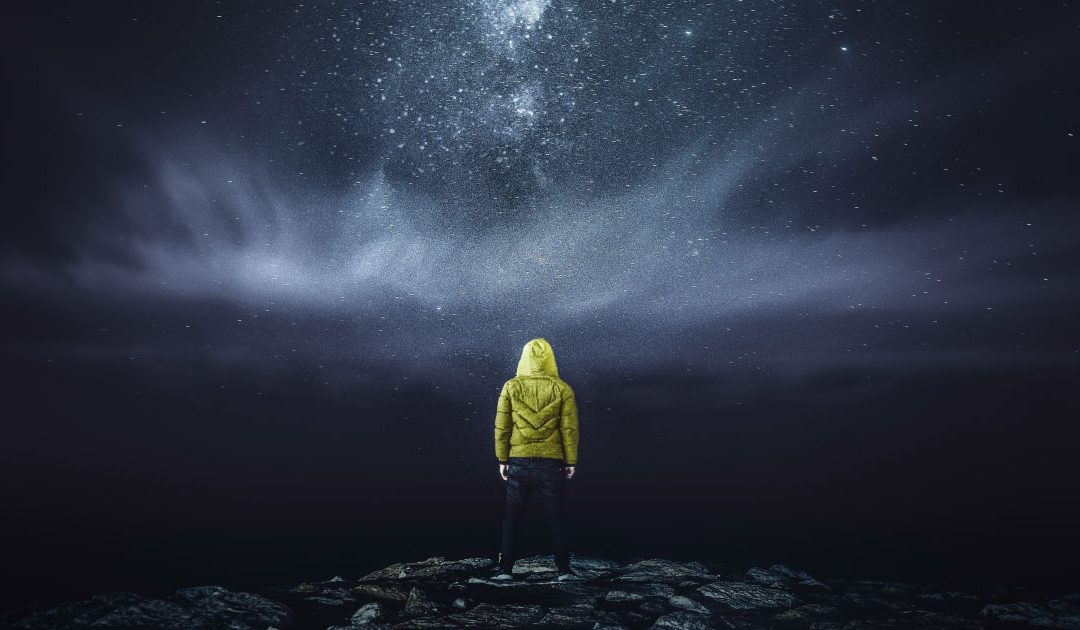 It is extremely rare to hear teaching from the pulpit on dreams or visions. In studying the Bible, dreams and visions were a common occurrence. Let’s look at the Scripture in Acts 2:17 where Peter was quoting the prophet, Joel. Peter changed only one word. Peter replaced “afterward” with the words “in the last days.” Dreams, visions, and prophecy are revelatory gifts that Peter was saying were to be signs of the last days:

Is It A Dream Or A Vision?

When we talk about dreams, we are talking about those things that happen in the night season while we sleep. We aren’t talking about the kind of dreams or desires you might have to build a house or to be a concert pianist. Dreams occur when you are sleeping with your eyes closed. A vision is when you see something with your mind’s eye, while you are wide-awake. In 2 Kings 6:17 when Elisha’s servant looked out and saw God’s army of angels sent to protect them from the Syrian king’s army, he had a vision.

Throughout history, God has spoken through dreams and visions. We can read various accounts of this from Genesis through Revelation. In fact, the entire book of Revelation is a dream God gave to the apostle John.
Joseph—the Dreamer

In the Old Testament Joseph is one of the most memorable dreamers. If you want to read his story, it begins in Genesis 37. When Joseph was seventeen years old, he had two dreams that showed his brothers and parents bowing down to him. In his immaturity, he shared the dreams with his brothers, who hated him for it. His father also rebuked him but thought about what Joseph had said and wondered what it meant.
Joseph’s brothers became so jealous of him they sold him as a slave, and Joseph ended up in Egypt. He continued to be a dreamer and was able to interpret dreams for others. By the Lord’s grace, he was placed in positions of responsibility and shown favor wherever he was: first in Potiphar’s house, then in prison and finally as second-in-command in Pharaoh’s kingdom. Years later, his early dreams came true when his brothers came to Egypt in search of food. They didn’t recognize Joseph, who was the governor over the land when they bowed before him as we can read here:

Genesis 42:6
Now Joseph was the governor of the land, the one who sold grain to all its people. So when Joseph’s brothers arrived, they bowed down to him with their faces to the ground.
Joseph was able to save the lives of his father, mother, and brothers during the famine. God used Joseph to protect the lineage of Abraham, Jacob, and Isaac, which included future kings and priests such as King David and eventually Jesus Christ, our King and High Priest.

Dreams Have Gotten a Bad Rap

It is quite unusual to find a solid Christian today who pays any attention to dreams because dreams are regarded as psychological, emotional, stress-related activities of the mind during sleep. This skepticism is mainly due to the twisted, false writings of Carl Jung and Sigmund Freud.

Some psychologists say dreams are just a reaction of the nervous system to physical stimuli or a rehashing of yesterday’s experiences. Others say dreams are meaningless, inconsequential occurrences. Then there are those who say dreams are from the occult and are just the devil’s way of unlocking the hidden secrets of the spirit world.

Don’t Turn Off the Channel

A dream in the night season may or may not be from God. I’ll admit that some dreams are senseless and should be disregarded. And I realize there are New Age occult-like books about dreams that give Jesus Christ no honor or preeminence. However, I don’t believe we should ignore the biblical teaching about dreams only because some of the modern teaching is false or misleading. Some of the erroneous teachings about dreams are probably designed by Satan himself with the cunning strategy to shut God’s people down to this biblical avenue of His voice. Some dreams do come from God, and if we don’t believe it, we may be turning off the very channel on which God is trying to broadcast an important message or warning.

Many contemporary experiences are recorded of God’s people having world-changing dreams. Bill Bright, founder of Campus Crusades for Christ, had a dream about reaching the world for Christ and built a powerful ministry. What if he hadn’t believed the dream was from God and ignored what God was showing him to do? How many college students might never have heard the message of the Gospel?

A woman attended a Benny Thomas meeting and heard him teach about God speaking through dreams. She went home that night and prayed that God would give her a dream to help her son. She dreamed about her teenage son who was having some severe behavioral and disciplinary problems. In that dream, she was given clear instructions on how to discipline her son and correct his behavioral problems. When she awoke the next morning, she said, “Lord, was that dream from You?” That’s a great question to ask after experiencing a possibly prophetic dream. After praying, peace settled in her heart, and she wrote down the detailed instructions she had received in the dream. As she applied these instructions and changed the way she was dealing with her son, his behavior problems were corrected, and there was peace in their home.

Believe and Ask for Dreams

God works in partnership with us here on earth. He has chosen to work through prayer, but it must be guided. Many times I have dreamed about individuals in our church, and I knew it was a message from God for me to pray in a specific way for these people. Prayer must be like a guided missile, not like a shotgun. It must be focused and specific. That is why God often gives us specific instructions in our dreams.

Faith is only activated by something specific. General prayers that say, “God bless me or God help me” are not targeted enough to receive an answer. Dr. David Yonggi Cho, pastor of the largest church in the world in Seoul, Korea tells a story about the early days of his ministry when he asked the Lord for a desk, a chair, and a bicycle. He believed and praised the Lord but month after month passed with no answer to his prayer. The work he was doing was very hard, and one day he cried out to the Lord. You can read about it in his book, The Fourth Dimension:

Faith goes after something specific. As you pray a specifically targeted prayer, God will hear and answer your prayer, and there will be no question it came from him.

The woman who attended Benny Thomas’ meeting prayed specifically for a dream to help her son, and God gave her a dream that instructed her how to help him. She knew she had heard from God when she saw the changes taking place in her son.

God will speak to you in dreams if you believe He will and if you ask Him for dreams. Often God warns us of danger in dreams and gives us specific instructions how to pray.

In this Ebook, learn the difference between a dream and a vision, why God speaks in dreams, and how to receive a dream from God. 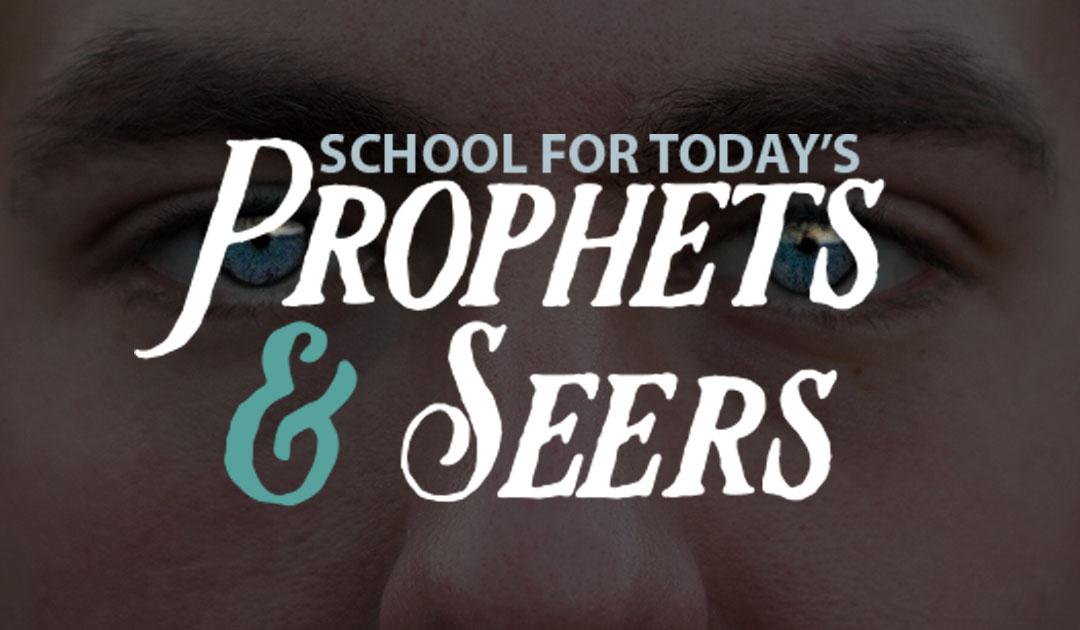 Discover the keys to prophetic evangelism. Activate your dreams, visions, and spiritual eyes and ears.

The Father is calling YOU into a fresh dimension of intimacy. YOU can see into the spiritual realm! Learn more here.