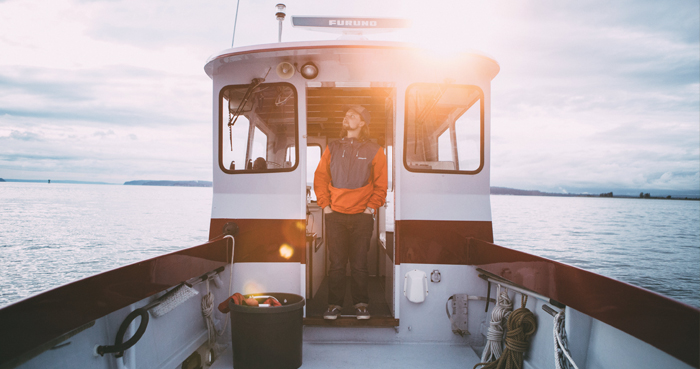 Answered prayer comes to us from heaven at different speeds. God sends the answers the very moment we pray in faith, however, our maternity and the intents of our heart, will determine the speed at which the answer travels.

When I was in the Navy, there were certain places the ship could not go unless the tide was in. If the captain tried to guide the ship into a channel that was too shallow, the bottom may get stuck.

So the ship and all the passengers had to wait out at sea until the tide came in and the channel’s water rose. It didn’t matter if everyone aboard griped and complained and hollered that they wanted to go ashore. The captain knew better than to pull the ship into port before the water level permitted.

Our captain (JESUS) knows when the “tide is in,” and when the answer should arrive. Trust him!

NOT WILLING TO PAY THE PRICE OF SUCCESSFUL PRAYER

Prayer requires time. Prayer requires a whole hearted decision to commit to its minis try. If you want to be a success at your work and calling, you must pay the price of praying.

NOT LETTING THE WORD OF GOD ABIDE IN YOU

The greatest prayer warriors in history have been students of the Word.

John 15:7
If you remain in Me, and My words remain in you, you will ask whatever you desire, and it shall be done for you.

Matthew 4:4
But He answered, “It is written, ‘Man shall not live by bread alone, but by every word that proceeds out of the mouth of God

Mark 11: 23-26
For truly I say to you, whoever says to this mountain, ‘Be removed and be thrown into the sea, and does not doubt in his heart, but believes that what he says will come to pass, he will have whatever he says. Therefore I say to you, whatever things you ask when you pray, believe that you will receive them, and you will have them. And when you stand praying, forgive if you have anything against anyone, so that your Father who is in heaven may also forgive you your sins. But if you do not forgive, neither will your Father who is in heaven forgive your sins.”

OTHER PEOPLE’S FREE WILL

Matthew 11:12 NIV
From the days of John the Baptist until now, the kingdom of heaven has been forcefully advancing and forceful men lay hold of it.

God is no man’s slave. Some people tell God do this and do that as if He were some kind of employee. I have heard others commanding God to do things for them, “or else…” this is not what I’m talking about when I say aggressiveness.

Aggressiveness means to go after something, even if it means going out on a limb. The limb is where the fruit is! Aggressiveness involves a faith risk. If you study the great fortunes of our day, you’ll discover that most of them involved risks.

Jesus said, “Launch out into the deep.” Don’t play around the edges. Get aggressive in your prayer warfare.

FAILING TO CAST DOWN IMAGINATIONS

2 Corinthians 10:5
Casting down imaginations, and every high thing that exalteth itself against the knowledge of God, and bringing into captivity every thought to the obedience of Christ.

Your imagination can be a help or a hindrance to y our prayer-life. Stop and think, what do you picture? Victory or defeat? Health or sickness? Prosperity or poverty? Get your imagination to work for you instead of against you. Picture yourself in possession of that which you requested of God!

ALLOWING YOUR FEELINGS TO RULE

There are times when we don’t sense God’s presence, power, or love, but must accept it by faith because He said He’d never l eave us. He said that He loves us with an everlasting love. We must believe that.

One year after John Wesley (the great Methodist preacher) became a Christian, he wrote, “I know that I am not a Christian. I know it because I do not feel that I love God and His son Jesus Christ.. “Thank God, Wesley eventually learned that we are saved NOT because we feel like it, but because God said it.

God did not say, “Ask, if you feel like it.” (Luke 11:9) Don’t let feelings or lack of feelings hinder your prayer life.

A SPIRIT OF HURRY

FAILING TO EXPECT THE ANSWER

When you pray in faith you must fully expect God to answer.

You can eliminate these twenty prayer obstacles and turn your prayer-life into an affair of excitement, adventure, and POWER WITH GOD. But remember, a home run doesn’t count unless you go by first base. Worship is “first base” in the prayer-life of the believer. Head for first base first.