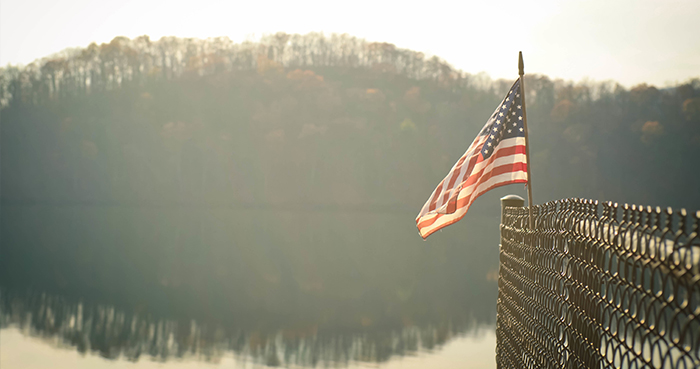 These eight steps will give you freedom from the bondage of hatred and resentment. You will find your hurt will disappear and your heart will be filled with the love of Jesus and forgiveness.

Over the many years of our country’s history, there have been times that our way of life, our freedom, came under attack. During the month of July, we take time to remember and honor the sacrifices that so many men and women made to preserve the freedom we enjoy. We are thankful and express our gratitude to those who gave so much so that our country could endure.

But there is another kind of freedom that many do not know or understand. That is the freedom that comes from forgiving.

Nehemiah 9:17 NLT
But you are a God of forgiveness, gracious and merciful, slow to become angry, and rich in unfailing love.”

Has anyone ever taught you how to forgive? It’s much more than telling your family member or friend “I forgive you.” If you’ve never learned this skill, or if you need a refresher course, consider the following steps that will put you on the road to the freedom that comes from forgiveness.

It’s a humbling thing to admit you were hurt. However, admitting you were hurt is like putting the car in first gear. It’s the first step to getting where you want to go.

2: Confess the sin of resentment.

If your mind keeps rehashing what someone did to hurt you, you are harboring the sin of resentment. The person may have done something wrong, but your resentment is more damaging to you in the long run. You can only be responsible for your reaction.

3: Acknowledge that it’s not your place to get even.

Romans 12:19–20a NLT
Dear friends, never take revenge. Leave that to the righteous anger of God. For the Scriptures say, “I will take revenge; I will pay them back,” says the Lord.
Instead, “If your enemies are hungry, feed them. If they are thirsty, give them something to drink.

It’s not wrong to be angry about something, but it’s wrong to plot your enemy’s ruin.

4: Quit blaming others, and assume responsibility for your own behavior.

At times you may be wronged and be 100 percent innocent, but often you have contributed to a situation that ends badly. By focusing on your role, you get away from the trap of fixating on what someone else did to you. Try to learn how to change your own behavior and forgiving will come easier.

5: Relinquish the consequences of your forgiveness to God.

Don’t set conditions for your forgiveness. “I’ll forgive him if he changes.” Leave that up to God. If you make demands, you’ll end up not forgiving anybody!

6: Be specific when you forgive.

Corrie Ten Boom was a Dutch woman who went through the horrors of the holocaust in a concentration camp. She watched her sister die at the hands of the Nazis, and (after her release) became a widely known Christian speaker whose main subject was forgiveness.

Once she was taken advantage of by Christians in a business deal. She had evidence and receipts in the top drawer of her desk to show what they had done, but she also had trouble sleeping. She said, “Lord, I forgave the guards at the concentration camp; why can’t I forgive these Christians for what they have done to me?” The Lord said, “Corrie, forgiveness is not a matter of feeling like forgiving. It’s a matter of choosing to forgive them and being specific. You’re in the hands of the tormentor because you haven’t forgiven. I want you to take all the evidence that you have in that drawer and throw it in the fireplace.”

Corrie went to the desk and reluctantly took all the evidence and threw it in the fireplace, and said, “Father, I forgive Mary and Susan and Jason and Glenn.” She was specific. She didn’t feel like she forgave them, but faith isn’t a feeling, it’s action. She destroyed the evidence and slept well that night.

When you are specific, it will help your heart to heal. Define exactly what hurt you and who hurt you, and then forgive them by name in prayer for each specific offense. Don’t leave anything unsaid.

7:  Pray for the one who has offended you.

Jesus said to pray for your enemies, and to bless those who curse you. After you specifically forgive, you need to specifically pray for them to be blessed.

A woman came to Dr. David Yonggi Cho in his early years of ministry in Seoul, South Korea, and said, “My husband has been violent and brutal to me for years. I hate him. Would you pray with me that God would kill him?” Dr. Cho replied, “No, I won’t pray that God will kill him, but I will pray with you to forgive him.” She said, “No. I can’t forgive him. He’s made my life miserable.”

Cho explained to her how forgiveness is a miracle cure and she agreed, “Okay, I’ll forgive him,” and they prayed. She named in prayer the ways he had hurt her. She didn’t feel like forgiving him, but she did her best. Cho then said, “Now you must pray that God will bless your husband.” She groaned, “Oh, no. I’ll pray to forgive him, but I’m not praying that God will bless him. I don’t want him blessed.” Dr. Cho explained, “You must take the next step in the healing process and bless those who curse you.”

So, she did, and in two weeks her husband came to church for the first time. When Dr. Cho gave the invitation for people to receive Christ as their Savior, that man walked down the aisle and confessed Jesus before the congregation and repented his sins. He became the most tender, precious husband any woman could dream of.

Your prayers may not always be answered in such a dramatic way, but obedience to God always brings results. When God says to pray for those who do you wrong, you can be sure there is a reward waiting on the other side of your obedience to that commandment.

8: Reaffirm your love for the person.

2 Corinthians gives the final step in the forgiveness process, and that’s to affirm your love for the person you have forgiven.

2 Corinthians 2:7–8 NLT
Now, however, it is time to forgive and comfort him. Otherwise he may be overcome by discouragement.
So I urge you now to reaffirm your love for him.

Teri has a prayer ministry and speaks in various venues. She and her husband moved to a new city, and she called a woman who attended a church prayer group and asked, “Would you pray for me? I’m speaking at an out-of-town church this week, and I need your group to pray for me.” She promised, “We will pray for you.”

When she returned from her speaking engagement, she called the woman and thanked her for praying, but the woman answered, “We didn’t pray for you. The leader of our group said it’s our policy to not pray for public speakers. So she wouldn’t let us pray for you.”

Teri was livid. Every time she thought about the leader of the prayer group she grew angrier. God took her to 2 Corinthians 2:5–8, and she realized she was bound by resentment, so she took the steps in the forgiveness process and forgave the prayer leader. The Lord then said, “Go to that woman, put your arms around her and tell her you love her.”

She didn’t want to do it. Teri saw her in church and said, “Lord, she’s sitting way over there, and I don’t think I can get to her. But if she walks by, I’ll do what you told me to do.” At the end of church, that woman walked right by Teri, and Teri stopped her and said, “I want you to know I really love you,” then she embraced her. Teri felt the pain in her heart disappear and love flood her soul. Suddenly she really did love the woman with a supernatural love.

This step requires sensitivity because it’s not always possible to establish a loving relationship with someone who hurt you, especially if the hurt involved physical violence or a severely damaged relationship. You may not be able to walk up to someone and actually hug him or her, but in your heart there should be a willingness to do so if the possibility ever presents itself. The point is to let love flow from you to that person, even if for some reason you can’t have a normal relationship anymore.