How to be Radically Healed 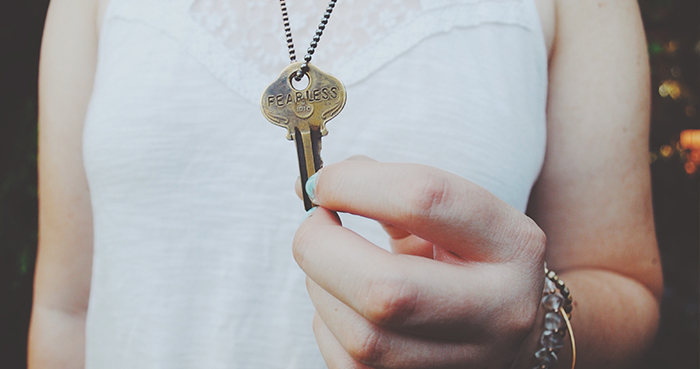 God has always been in the miracle-working business. When I think of how Jesus healed people I get so many images in my mind.

But one miracle always touches my heart, and from it, we can learn the basic truths about this wonderful gift from God.

So Jesus came again into Cana of Galilee, where he made the water wine. And there was a certain nobleman, whose son was sick at Capernaum. When he heard that Jesus was come out of Judaea into Galilee, he went unto him, and besought him that he would come down, and heal his son: for he was at the point of death. Then said Jesus unto him, Except ye see signs and wonders, ye will not believe. The nobleman saith unto him, Sir, come down ere my child die. Jesus saith unto him, Go thy way; thy son liveth. And the man believed the word that Jesus had spoken unto him, and he went his way.  And as he was now going down, his servants met him, and told him, saying, Thy son liveth. Then enquired he of them the hour when he began to amend. And they said unto him, Yesterday at the seventh hour the fever left him. So the father knew that it was at the same hour, in the which Jesus said unto him, Thy son liveth: and himself believed, and his whole house.
John 4:46-53

Affliction brings us to Jesus

It’s sad but true that many people never think about Jesus until tragedy strikes. Many professing Christians wouldn’t think of spending an hour in prayer—until they have a life-or-death need.

The centurion probably wouldn’t have walked twenty-five miles to see Jesus if his son wasn’t sick. That’s what it took for him to hunger after God, and it may be what it takes for you or someone you love.

If you are praying for a loved one to be released from a bad situation, keep in mind that perhaps God is using it to getting their attention. Pray not just that the bad thing is removed but that it will bring them to Jesus.

There is no distance in the power of faith

Jesus never met the centurion’s son, as far as we know. They didn’t look each other in the eye. Jesus didn’t physically touch him, and yet the boy was healed.

Some people want to wait until they have a vision or a sign from above to summon their faith for healing. They want personal attention—a touch, a prayer with hands laid on their sick body. But it doesn’t always happen that way.

If you have loved ones that are suffering far away, your prayers can be just as powerful as if you were holding their hand. Healing prayers can circle the globe without losing an ounce of effectiveness.

We must believe without visible evidence

Imagine what kind of thoughts this centurion must have had on the way home. The devil was probably right in his ear saying, “You walked all that way for nothing. Your son is probably dead by now. What kind of father are you, going twenty-five miles away when your son needed you? You’re never going to see him again.”

But he kept walking and believed the word of Jesus!

If you are waiting and believing for healing, the difficult time comes when there is no indication of the healing; when Jesus says, “Go, it has been done” — but you see no proof of it.

Hebrews 11:1-2 says faith will be our evidence. Faith became the centurion’s evidence. He had nothing else to hold onto. He didn’t need to see with his physical eyes because he believed in the invisible evidence laid out before him!

Unless you people see miraculous signs and wonders … you will never believe.
John 4:48

God doesn’t want us to rely on signs and wonders, or things seen with our physical eyes. He wants us to let faith be our evidence. We should let faith rise up inside of us and say, “Thus saith the Lord: I shall live and not die!” If you are believing for healing, you have two choices: believe in the sickness or believe in the cure. The cure is Jesus and His promise that by His stripes we are healed.

Let that be your evidence!

In receiving healing from God, passive faith is dead faith.

As the body without the spirit is dead, so faith without deeds is dead
James 2:26

Faith is reaching out and laying hands on the sick. Faith is the sick person believing that the moment hands are laid on him, that he is beginning to recover.

When Jesus told the centurion to go home, the man obeyed without saying, “Could you verify that for me?” He acted.

Let your body and mind act in accordance with your faith, and begin doing not just believing. The moment you believe God is the moment your miracle is dispatched, even if it takes time for you to see it come to pass.

Healing doesn’t happen the same way all the time

Jesus healed in a variety of ways. Sometimes He did it from a distance. Sometimes He laid hands on the sick. Sometimes He healed them before they died, and sometimes after they were in the grave.

I have seen people healed when they were anointed with oil, or during the worship time without anyone praying for them. I have known others who were healed at their homes, in their cars and while at work.

One time Jesus spat on the ground, made mud with His saliva and rubbed it on the eyes of a blind man (John 9:6)! Sometimes he gave a command to drive the sickness out; sometimes He told people to go to the temple and their healing would happen there.

There are principles of how healing works, but there is no single formula. God can use any method He chooses. Be open to the creative way He wants to heal you!

So he and all his household believed.
John 4:53

The faith of the centurion led to the salvation of his whole family! This happens all the time in churches across America. The faith of a father frequently leads to the conversion of an entire family.

Remember the jailer from Philippi in the book of Acts? He and his whole household believed after he experienced a miracle.

When you are healed, your faith will spill over to unsaved loved ones. You will have an opportunity to share at family gatherings or over the backyard fence about what God did for you, and the proof will be irrefutable. Your situation will be a sign and wonder for people, causing them to think on the things of God and come to salvation.

Your healing will become contagious!

God heals for a purpose

Many times when Jesus healed someone they immediately latched onto a purpose. When Jesus came to Peter’s house, he saw Peter’s mother-in-law sick with a fever. He touched her hand, and the fever left her, and she got up and began to wait on them. She immediately became a servant. She used the energy and wholeness God gave her to wait on the King of kings.

When Jesus healed the demonized men in the tombs of the Gadarenes, they begged to follow Him but He told them to go into their village and tell everyone what God had done for them. He enlisted them as preachers!

Maybe you want to be healed so you can walk again. Or go outside. Or work full-time without a great deal of pain. Or pick up your grandchild.

Jesus wants those things for you, too. But He also has a larger purpose for you—to turn you into a servant and preacher of the gospel! I’m certain that the centurion told everyone he knew about Jesus after his son was healed. I can’t imagine him sitting on the information!

What does God have for you to do? What purpose is on the other side of your healing? God intends your healing to be for His glory in a way you can’t fully imagine. Be open and available to new ways of service for Him after He heals you.