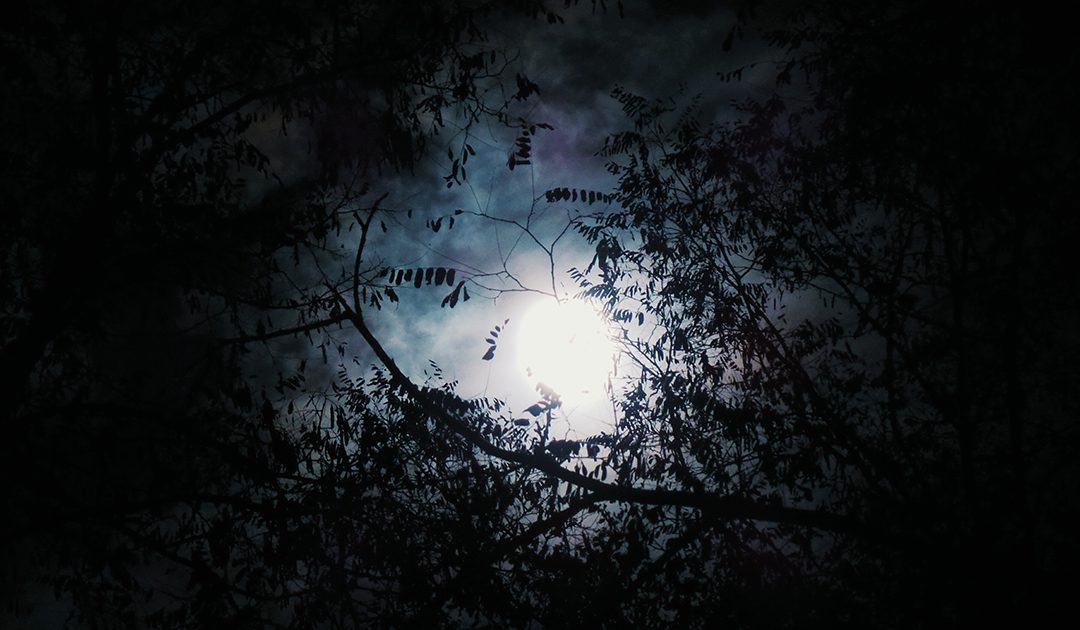 This post is a written account of a vision Dave Williams had back in 1985 that profoundly affected him and his ministry at Mount Hope Church.

It was Friday night, May 10, 1985, when unexpectedly a vision came to me. It was unlike anything that had ever happened to me. It was a clear three-fold vision.

I wasn’t anticipating it to happen. I wasn’t praying for it. I wasn’t fasting. And though I wasn’t seeking a vision, I was seeking direction.

I have two concerns sharing this vision:

Now let me give you some spiritual background concerning visions. I never realized the important role that visions played in the New Testament Church until this happened to me. In Acts 2, Peter quoted the prophet, Joel:

Acts 2:17 (KJV)
And it shall come to pass in the last days, saith God, I will pour out my Spirit upon all flesh; and your sons and your daughters shall prophesy, and your young men shall see visions and your old men shall dream dreams.

I believe it is later than we think. I believe the last days are now upon us. In Acts 1, I found that Stephen, the deacon had a vision.

Acts 7:55 (KJV)
But he, being full of the Holy Ghost, looked up steadfastly into heaven, and saw the glory of God, and Jesus standing on the right hand of God.

Stephen saw something in the Spirit.

In Acts 9 Ananias had a vision. In Acts 11 Peter recounted his vision. And, in Acts 16 Paul tells about his vision. Visions play an important role in the New Testament church.

I was laying on the bed. It was 10:30 p.m. Suddenly, I was caught into another world it seemed. Though I heard nothing verbally, I understood everything clearly through some form of non-verbal commination. I knew everything that was taking place. I could identify things even though nothing was being said to me in my ear.

In a flash, I was caught up off of the bed, and I realized I was in Lansing, Michigan. I saw an evil, hideous, horrible-looking creature hovering over Lansing. It frightened me for a moment. I was startled. It was breathtaking to see this ghastly creature hovering over my city. I noticed that this evil personality (which I somehow recognized as a principality (Ephesians 6:12) holding an enormous fine mesh net, guarding it jealously. It was a bulging, monstrous net that he was holding over Lansing.

I lowered my eyes, and I saw our church with an invisible roof. I looked right down into the sanctuary, and it was Sunday morning. We were standing with our hands straight up in spiritual warfare. We had looks of concern on our faces as we made commands to that principality! “Through the shed blood of Jesus Christ, and by the authority of the Holy Spirit in the Church of the Lord Jesus Christ,” we were commanding him to loose those people!

But he was holding on to this net jealously. He was not going to let those people go. They were his. He was guarding them jealously. Again we said, “In the Name of Jesus Christ and through His shed blood, by the power of the Holy Spirit and the Church of the Lord Jesus Christ, loose those people!” And he would shake his freakish head, “NO, NO.” People were squirming around in the net.

I knew he desired to drop the net into the fires of Hell. These people were squirming around in the net, and suddenly I began to realize how important souls are. I had a revelation of how important people are.

We commanded again, “In the Name of the Lord Jesus Christ, whom we serve, through His shed blood, the principality of darkness over Lansing, loose those people!” The creature wasn’t communicating in words, but I knew he was saying, “I don’t want to.” But swiftly something began to happen to the net. The more we commanded and the more we did warfare against that principality, the net began to break apart. (Now as I think back, it was probably invisible angels cutting the net.)

“In the Name of Jesus, principality of darkness in Lansing, Michigan, loose those people!” We were all using the authority the Holy Spirit has given to the Church of Jesus Christ. And though he tried to fight it, he couldn’t stop his net from crumbling, and people began falling out, one by one. Then by the tens, and then by the hundreds they began falling out of that net. I looked down and saw that they were falling right through the roof of the church.

As I looked down these people were puzzled. They were wandering around like, “What happened?” They were confused. They never knew so much liberty in all their lives. They had been in bondage not realizing it, and now they were loosed and walking around. Many of them were hurt. They needed people like you and me to go and help them and to get them plugged into the church and to love and accept them the way they are.

We face a challenge!

Be a missionary right where you sit. If you see somebody you don’t know, make them feel welcome. Don’t go overboard and hug then if you think it’s going to scare then half out of their wits, but be friendly to them, and give them the help they need.

Now I thought that was the end of the vision, so I rolled over and turned on the light, and I looked at my watch to check the time. It said 10:32 p.m. So I wrote it down and drew a little picture of the vision. I laid back down and was praying in the Spirit when abruptly another vision came. It was like changing the scenes in a play. Read My Astonishing Vision: Part 2 here.