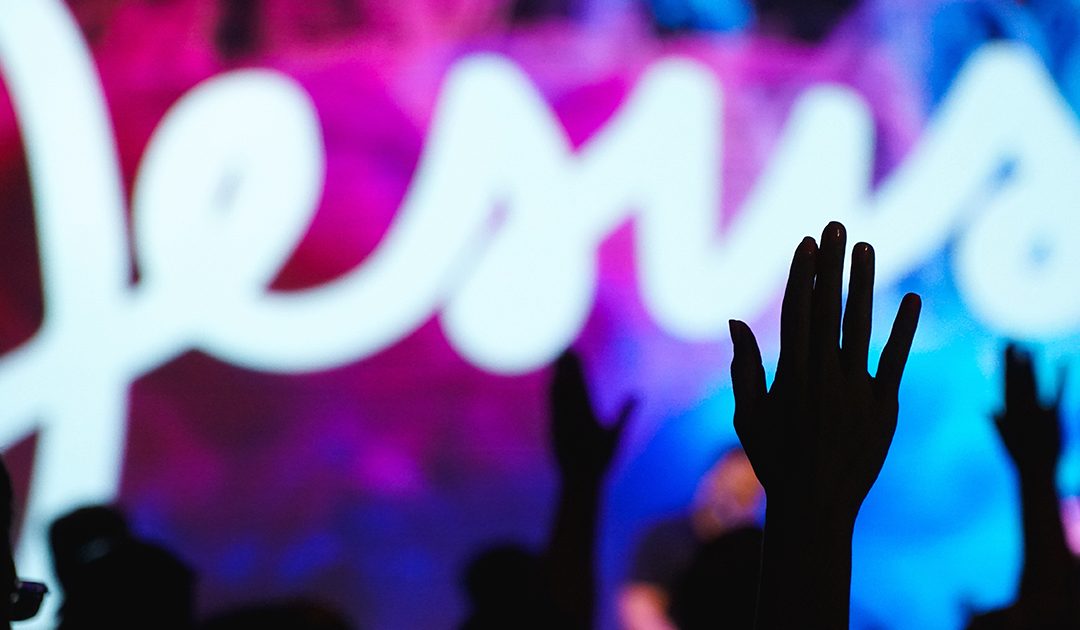 This post is part two a written account of a vision Dave Williams had back in 1985 that profoundly affected him and his ministry at Mount Hope Church. Read Part 1 here.

I was in a room with a woman trying to give birth. She was laboring, and I was there helping. I would say, “Push, push.” And she would labor and travail and sweat, but the baby didn’t want to come. I continued encouraging her, “Push, push, push.” The baby didn’t want to come out, but finally, the head popped out, and I thought, “Oh, that’s wonderful! Now let’s get the rest of the baby out. Push!” And the woman would groan and struggle and push and labor and travail. I was worn out myself from helping this woman.

Finally, the baby came out, and I breathed a sigh of relief. Now the baby was out, and I noticed this woman looked like she hadn’t labored at all. She just sat there when unexpectedly another baby came out! Then another and another. Soon they began coming out so fast that it almost looked like they were coming out two and three at a time.

There were babies all over the place. Babies, babies, everywhere babies! I knew at the end of the vision exactly what this meant. The woman was the church, laboring, travailing. This was what God was revealing to me what has to be done to give birth into the Kingdom. The Bible says in Isaiah when Mt. Zion travailed she brought forth children. (See Isaiah 66:8 KJV).

Now there are two kinds of travail.

At the end of this portion of the vision, I thought, “Wow, Lord that was neat.” And I thought that was the end of it, so I just laid on my bed, praying in the Spirit, when suddenly a strange, astonishing thing happened to me.

I felt as though I was going through the air right from Chicago. I was traveling through the air. I never really left the bed, I’m sure. This was all in a vision. But it was so real to me that I could almost feel the air brushing across my face. It was early morning in this part of the vision. When I landed, I found myself on the forty acres where we were going to build our soul-winning center, Mount Hope Church in Lansing, Michigan.

Then a Voice Spoke in My Ear

Up until this time, it was all non-verbal communication. The voice had so much love in it. It almost melted me on the spot. The voice simply said, “Dave, look what I’m doing.” I turned around toward the property and what I saw shocked me! The church was three­quarters of the way up! There was still work to be done, but the workers hadn’t arrived for the day yet.

It was so real that I actually saw visqueen, the plastic that they had covered up powdered cement with and put bricks on the corner of the plastic so that rain wouldn’t ruin the concrete. There was plastic over the top of the entrance ways. There were plastic sheets and tarps. That building was going up!

That was the end of the three-fold vision. I was back in Chicago on my bed, and I began to think about it.

I meditated on what God had said, “Look what I’m doing.” And suddenly the whole vision tied together. It became so crystal clear to me that in the first two phases of that vision, God was telling me as a Pastor of what we have to do if He is going to build the church.

Help bring people to church, help usher, help in the nursery, etc. When you see a new person, or when you see a brand new baby born into the Kingdom, help out. When you see people respond to an altar call, take note of them and say, “Hey, let me buy you a coffee.” Offer your love, support, and help. Labor and travail patiently. Fully accept those people and love them right into the Kingdom of God!

If we will do our part and put people’s needs as a priority, we will have so many people enter the Kingdom. He’s going to do it if we keep our priorities right! We must keep our ministry to the Lord, our warfare with the devil, our intercession for people, and our ministry to people.

Go into warfare. Deal blows to the principality of darkness as a spiritually guided missile going toward that net and breaking it up. Loose angels to cut up that net. See your loved ones falling out. See people coming into the Kingdom.

We are going to see REVIVAL like never before in history. Be the little flame that sets the nation ablaze with the gospel of Jesus Christ!