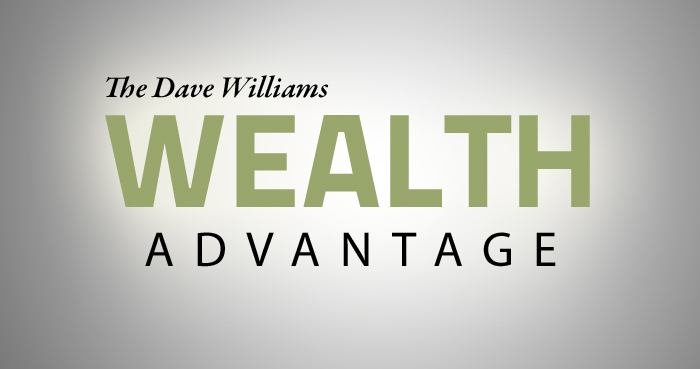 How would you like to take a journey that very few will take—an adventure into a fresh dimension of God’s presence and God’s supernatural provision? Have you ever experienced lack in your home or your business? Do you wish to step into a higher level of resources and even an inexhaustible supply? You can, if you understand the iron laws for a quantum leap.

What is a Quantum Leap?

The term, quantum leap is a physics term describing an unexplainable, supernatural-like escape of an electron from one orbit into another. Electrons orbit the nucleus of an atom, and each electron is trapped in a particular orbit and stuck there without hope of ever moving to another realm or orbit. When enough pressure is applied to and stress exerted upon an electron, it disappears from its orbit and appears in a different orbit. It’s like a miracle—something that cannot happen does happen.

In many cultures, if you were born into a peasant family, that’s where you remain all your life. You cannot break to a higher level. Yet sometimes miracles happen, as was portrayed in the film: Slumdog Millionaire. Sometimes a person does make a quantum leap to another level.

Through faith, action, and tenacity we can make a supernatural leap to another level financially.

But our belief system will always impose an artificial boundary on how high we can go. Unless we change our belief system, we’ll stay pretty much the same. And if we do think we’re going to another level, and don’t become more on the inside by changing our thoughts, words, and actions, we’ll find ourselves right back where we started. You can go from rags to riches, back to rags if you don’t change on the inside.

The Psalmist wrote, “We went through fire and through water [stress and pressure applied]: but thou [God supernaturally] brought us out into a wealthy place.”

Now, do you remember, I said the electron that makes the supernatural leap is the one that absorbs the most pressure and carries the heaviest stress load?  There are stresses when you are coming out of your current comfort zone so you can make it to another level.

Here are the Iron Laws for a Quantum Leap

They aren’t comfortable, but they make you more on the inside so you can enjoy more of the outside.

1. Understand that God is God and you are not.

Even though this world changes, God does not. Even in days of high risk; God can make it a day of high opportunity.  Deuteronomy 6:4-7

2. He created you to be fruitful, and to multiply, and to fill the Earth.

Genesis 1:28.  Fundamental Principle of Life: “If I am to be fruitful and multiply, I must accept that I am responsible for my life, my thoughts, my words, my actions, my happiness, my success, and the influence I have upon others.

If you take one step – the Holy Spirit will supernaturally propel you another 99.

Some just wait around, hoping for something to change. Year after year, it’s more of the same and no wonder. They wish and hope and dream, yet choose to stay in their comfort zones trying to avoid the pressure necessary for a miracle advance.

Your inner kingdom will always become your outer kingdom, so boost your thinking, believing, and speaking to be more like God’s.

You attract, like a living magnet, people, ideas, thoughts, circumstances, and situations that harmonize with your soul—your inner kingdom.

Young Solomon gave 1000x more in offerings.  That was unusual.  He was only required to provide one offering, like everyone else.  He thought differently than the average person.  Others probably thought he was crazy.

God came to only one person and offered to answer any request he could imagine.  That one person was Solomon—the one who made an unusual offering. And ultimately he became the richest man on earth.  He stepped out of the normal comfort zone and made a quantum leap.

Your outer kingdom is a reflection of your inner kingdom. The way you see yourself on the inside largely determines what happens on the outside.

4. Nothing multiplies until a seed is planted.

Read 2 Corinthians chapters 8 and 9 carefully.  You can only harvest after you’ve sown.

Nothing multiplies until a seed is planted.

David Burdine wanted to give a million dollars to missions, but he was without a job and down to his last $62. He planted that $62 into a missionary—Now I’m sure that was stressful, but he did it, setting himself up for a quantum leap. Within a week, he was invited to become the CEO of a large company and was, over time able, to give over $75 million to missions. Was that a coincidence or was it a Quantum Leap?

Mike Rogers owned a company, but due to regulations, it was being phased out. He was down to his last $200 when he heard Tommy Barnett give a presentation about his dream for an LA Dream Center. God said, “Mike, donate $200.”  “But Lord,” Mike protested, I only have $200 left.”  “That’s all I asked for, Mike.”

Mike gave the $200 and in a short time by some strange miracle, Congress passed a new law, deregulating Mike’s business. It took off like a skyrocket until Mike was able to give $250,000 a quarter to the Dream Center—that’s a million a year. Was that a coincidence or was that a Quantum Leap?

Trying to get something for nothing or waiting for heaven to rain down gold is going to bring you great disillusionment—it’s only a fantasy.

Life is not a dress rehearsal it’s the real thing. And you get only one time around to get it right. So why not determine today to set up the conditions for your life, business, and finances that will bring you a quantum leap?