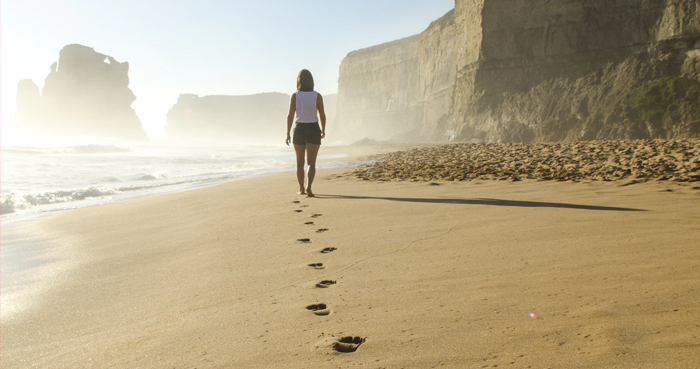 Success always leaves tracks.  When I was a young, inexperienced minister, I studied 20 successful churches later expanded my research to 120. I was astounded to find 12 tracks every fruitful, growing ministry had left behind twelve simple principles.  I applied them, and we grew from 125 members to over 100,000 globally.

Wealth always leaves tracks too, and after studying many wealthy people and businesses, I learned some things about wealth. I learned that wealth is an art requiring creativity and intuitiveness. Wealth is also a science with fixed laws—they work for “whosoever” will apply them.

My friend and author of Upward, Judy O’Leary, one day asked God why some wicked people seem to prosper while some of God’s people seem to lack. The Lord answered, “Judy, it’s because they are applying my principles and many of My people are not.”

Jesus said, God causes the sun to shine on the wicked and just alike. If the wicked apply God’s principles, they’ll get good results.

Let me share nine wealth tracks that will help you embrace the art and science of wealth and follow the footprints of those who’ve gone to a level where you’d like to go.

Love people; use money—not the other way around

You can begin now building toward your fortune, no matter where you are financially

Your inner domain (what you think about most) will become your outer expanse.

That’s why you need mentors. Great mentors leave their tracks in books and audio presentations. You can ride with them daily in your car.

Track 6: The Law of Connection

A great example of the law of connection is found in 1 Samuel 22 concerning David’s men.

They got a connection with an anointed man, and David became their financial deliverer.

You can start with nothing—or less than nothing, with a negative net worth, and with a connection to a financial deliverer, break the patterns of the past and come into a new financial place.

When Mary Jo and I needed to go to a new level financially, we first made a stronger connection financially with The Great Commission, but we also made a financial connection with a multi-millionaire named Joe Gandolfo, a stellar financial man. We couldn’t afford it, but we planted a $1,000 seed into Joe, spent an entire morning in a private meeting.  After that connection, in just a short season our finances went to a whole new level.

Are you connected to a financial mentor?  Someone who is already where you want to go?

God said, “Don’t despise the day of small beginnings.” Small things in customer service or member care make a huge difference in how people feel about you and whether or not they will support you or be a loyal customer.

If the average small business owner applies just a few little things consistently, 1% more effort tending to certain little things, like customer service, he or she will likely enjoy seven times more than average income each year.  How about one extra percent in growth for the month? Do you think that would make a significant difference?

Craig Wieland said the reason his barbeque restaurant failed is because it was “one block off Main Street.”  In other words: “out of sight, out of mind.”

Jesus remarked in Luke 11:33, saying, “No man, when he hath lighted a candle, puts it in a secret place, neither under a bushel, but on a candlestick, that they which come in may see the light.”

Do you have something great for your customer or members? Let them know. Don’t rely on one internet ad, Facebook post, or an obscure poster stuck up somewhere.

Advertise, but do it right. Motivate people to your event or business by showing what’s in it for them—the benefits.

Track 9: Most wealthy people and millionaires are grateful

Jim Rohn said this was a primary characteristic of really successful people. Are you grateful or are you complain-ie?

Remember, it’s often just a few little things that can make the difference between $100,000/year and $700,000/year or even over a million a year in your business.

There you have nine of the tracks left behind by some of the wealthiest people who have graced this earth. Will you follow in their footsteps?