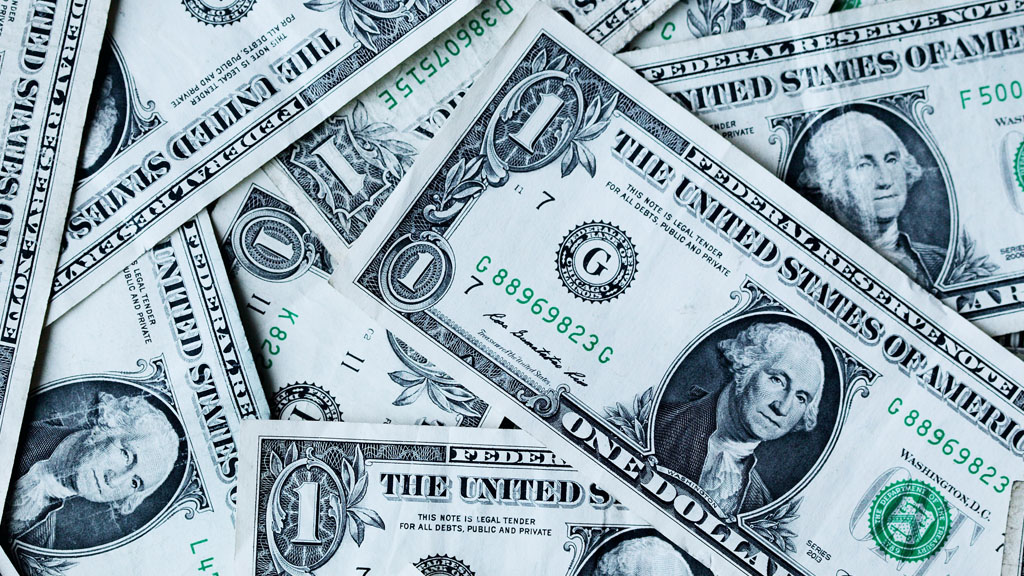 I remember back in the 1970s; financial institutions introduced the ATM card. At first, I was afraid to try it. It took me a couple of years, but soon I was making deposits and withdrawals at the ATMs. I became accustomed to it, even though in the back of my mind, I thought it was a step toward possibly the prophesied “cashless society” in Revelation 13 and 14.

Now here it is the 2000s, and I’m making deposits, withdrawals, and investments on my telephone, all without a check or cash. It’s all digital. With a few clicks of the mouse or a few punches on my phone, it’s complete, and it’s instant. It took a few decades to condition us to technological, financial digital banking and investing, but now it’s here, full speed ahead.

Our debt load has reached terminal velocity with the trillions of dollars of US debt and now trillions more with the stimulus packages due to COVID-19. This can only mean one thing: a change in our money system. It will involve what is being called a “currency reset” or a transition to digital money exclusively. Some reports are saying that paper money can contain viruses and bacteria that can speed the pandemic.

I believe we are getting closer to the unveiling of a new financial system than we could ever believe. Somehow we always think that it’s out there in the future somewhere. Now it’s knocking at our door. We even hear of a digital device almost microscopic in size being inserted into vaccinations so that everyone has a digital chip that will tell whether or not they’ve been vaccinated and if not their ability to buy and sell may be restricted.

It’s happening so fast it’s almost unbelievable. The things we preached about 40 years ago sounded like science fiction back then, yet today, they are becoming a harsh and present reality.

Whoever dreamed that we would see the day when a pope would call for a global government, and assemble religious leaders from false religions to pray and plan together at the Vatican? It’s unprecedented! But it’s not the only thing that is unprecedented. The very specific alignment of the nations today is historically unprecedented, yet the biblical prophets told us the exact alignment of nations in the final hours. Ezekiel 38 and 39.

If you would like a blow-by-blow guide on what’s really coming, my book Hope in the Last Days is a “must-have” source. I have organized the biblical prophecies into a potential timeline, so you will know exactly what is coming. I will promise you this: Jesus is coming for his church before the final wrath of God pours out on this earth. Every true Christian believes in the rapture (1 Corinthians 15, 1 Thessalonians 4). If you don’t believe in the rapture, then you don’t believe in the resurrection from the dead, because the events occur simultaneously.

Prepare for What Lies Ahead

Sales of Hope in the Last Days has skyrocketed. I’ve seen Amazon and Walmart.com say it is out of stock or limited quantities. People are telling me it is the best book and Bible prophecy they’ve ever read, showing you how to prepare for what lies ahead.

I wholeheartedly believe that the judgment prophecies of the Bible will occur. Nonetheless, We must also remember that an end-time harvest is prophesied, complete with overwhelming angelic involvement.

Imagine that! God chose you and me to be leaders-pacesetting leaders– in these exciting times.

I love you and I’m so grateful for your support. Thank you for your prayers and your contributions to SGM and DWM. Mary Jo and I cherish you and pray for you.