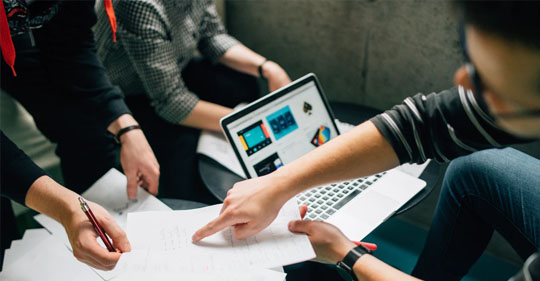 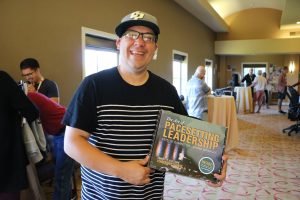 Let me share a few CRITICAL updates with you regarding the disciples being equipped through The Art of Pacesetting Leadership course which you have helped me to provide to colleges, Teen Challenges, and other venues.

1 Samuel 17:43-47
43 The Philistine said to David, “Am I a dog, that you come to me with sticks?” Then the Philistine cursed David by his gods.
44 The Philistine said to David, “Come to me, and I will give your flesh to the birds of the heavens and to the beasts of the field.”
45 Then David said to the Philistine, “You come to me with a sword, a spear, and a shield, but I come to you in the name of the LORD of Hosts, the God of the armies of Israel, whom you have reviled.
46 This day will the LORD deliver you into my hand. And I will strike you down and cut off your head. Then I will give the corpses of the Philistine camp this day to the birds of the air and to the beasts of the earth so that all the earth may know that there is a God in Israel.
47 And then all this assembly will know that it is not by sword and spear that the LORD saves. For the battle belongs to the LORD, and He will give you into our hands.”

… And you know the rest of the story! 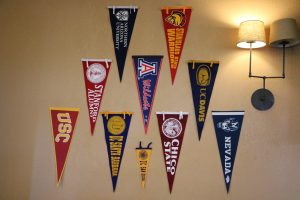 Why I am so passionate about this course:

Stop and think. Where is the biggest “Goliath” in America today?

The answer is on our college and university campuses, where liberal, anti-biblical thought is spread like venom to our students. Judeo-Christian values are mocked, both subtly and overtly—just the way Goliath mocked the armies of Israel.

A large percentage of college students now think nothing of couples living together without marriage.

Did these young people not do any research to find out what this Marxist doctrine had done to bring down nations and put masses of souls into abject poverty?

And we hear about North Korea in the news almost daily (today the common working people are subjected to unbelievable poverty, hunger, and living conditions). I look at the former Soviet states, and I could go on and on.

In spite of godless socialism’s terrible track record globally, more young people voted for Bernie Sanders than for Trump and Clinton combined, according to the Washington Post. Based on Bernie’s past comments about faith and religion, many Christians wondered if he was an atheist, although he claimed not to be.

Goliath is Mocking God on Our Campuses

What are they learning in our colleges? “Goliath” is mocking God on our campuses.

Gerald J. Furnkranz reported in the Star Gazette (part of the USA Today Network), “Education is all about socialist indoctrination.” He went on, “Indoctrinated college students are demonstrating violently against freedom of speech and the Constitution … It creates a lazy, lethargic needy population depending upon a lazy, lethargic leadership that enjoys grazing on the people’s bones.”

But thank God, there is an anointed “David” to slay this “Goliath.”

That “David” is The Art of Pacesetting Leadership course (which is really a course about how to become a genuine disciple of Jesus Christ).  And you are helping me get this “David” wherever there is a “Goliath” challenging the principles of God and the person of Jesus Christ, our Lord. 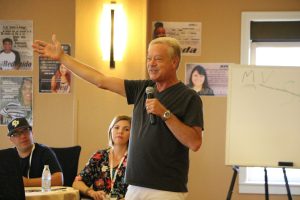 Our closest estimates (based upon 15-100 enrolled in each course) now are that we are training approximately 10,000 leaders a year through the outlets in America and other nations you’ve helped us provide. (This does not include the master’s course with Destiny College since we do not have those figures yet).

And, this is only when we use the outlets we now have in place (Chi Alphas, Teen Challenges, campuses, seminaries and Bible colleges.) As outlets grow, the trainees multiply more.

No wonder this is the most inexpensive form of evangelism.

And it is helping to “slay the giant(s).” Can you imagine America with millions of pacesetting leaders who are following Jesus? Not to mention the overseas impact. 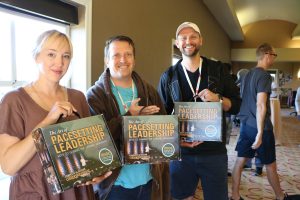 I don’t know exactly what it is that makes The Art of Pacesetting Leadership courses so dramatically successful for both young and older alike…except it is the anointing of the Lord.

Remember, it’s always FREE to Teen Challenges and College Campuses, but it still costs us thousands upon thousands of dollars from people like you who see the vision and care about properly training young people, pastors, missionaries, college students, and disciples in Teen Challenge.

It costs us to provide the entire course with student manuals and teacher manuals, DVDs, CDs, etc. to a college campus. The course is now also available in an online format for even greater outreach.

Just $25 a month for one year helps us provide another course for a campus in America. The Art of Pacesetting Leadership course is like a “David” with a slingshot against the “Goliath” on our campuses.

Thank you so much for your partnership with Mary Jo and me to “make disciples in all nations,” beginning here in the United States.

Please…help me continue providing “David” to bring down the “Goliaths” on our college campuses and beyond. Your monthly gifts, letters, and prayers are so encouraging. You are a giant-slayer with me, in the Name of Jesus!

Impact of the Pacesetting Leadership Course