7 Types of Obstacles You May Face 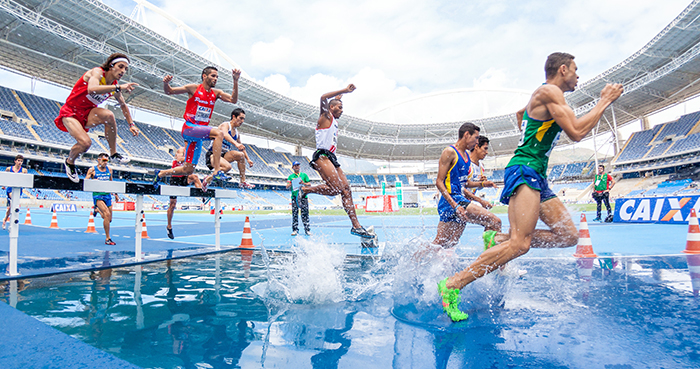 No doubt you are going to face obstacles. However, you need to eliminate the obstacles that are self-imposed. We have enough trouble in this world without creating more ourselves. What are some of these self-imposed obstacles?

Obstacles like these set in only when we start believing the little lies the devil whispers in our ears. Why should we be afraid of any of these things? We will always have problems that confront us; there will always be people who stand in our way. We may fail. Without a doubt, we are imperfect, but why should that stop us before we even get started? If your goal is God-given, nothing can stop you, unless you stop. So, get started!

Once you get beyond the self-imposed obstacles, you will need to be aware of the other kinds of obstacles you may face and how they will surface. A leader will always face problems with other people, more so than most people, because of their vulnerable position.

Some of the most negative people are those who know a little bit of the Word of God. They are carnal because they do not meditate on it and apply it to their lives. They are often the ones who cause the most problems in a ministry.

Often there will be misunderstandings that occur between two people. It is very easy for others to misread your motives for doing something. Sometimes, they will listen to you but will hear something totally different than what you said or meant. At other times, it is wrong information that causes the problem. This is why it is important for Christians to depend and rely upon the voice of the Holy Spirit. The Holy Spirit never gives wrong information.

Different personality gifts can cause misunderstandings in the church. Typically, a person with the ministry gift of ruling or administration will not be gifted I the area of mercy. Where a “ruler” will tend to appear more callous in a situation that call for judgement, the one gifted with “mercy” will call for forgiveness. That’s why God has given different people different gifts, to create a balance.

Listening to too many complaints can be an obstacle. We must be able to distinguish between a legitimate complaint and harassment. When a complaint is legitimate, it produces quality control and always takes you in forward direction.

Legitimate: “Pastor, there’s a problem in the youth department where cliques are formatting which exclude some of the kids. I suggest we break up these cliques and have the leaders divide the kids up into cell groups during the youth services.”

Harassment: “Pastor, I don’t like the job the youth pastor is doing. The kids aren’t getting ministered to, and it just seems like a social club” Legitimate complaints offer a solution.

Rumors often damage ministries. If a malicious rumor surfaces, try to trace it to the source and expose it.

Criticism and persecution can be much more harmful than complaints. This type of obstacle is formed by a person who questions the motives of the leadership and tries to break down authority. Usually the people who do the most criticizing are the ones who are doing the least work. Persecution occurs when the person who criticizes is clearly in the wrong and has no recourse but to persist in his error by mocking and scoffing. If you are encountering such opposition to your ministry, you must really be dealing with one of the devils sensitive spots. Do not let this kind of criticism bother you.

One of the toughest obstacles for a ministry to get around is the financial area. Nothing will ruin a ministry faster than having it go bankrupt. The best way to deal with this problem is use God’s principles! There are no shortcuts around the seed principle. We cannot reap where we have not sown. We cannot build the kingdom of God using the world’s financial system. Do not borrow from the world.

An unsympathetic mate can be a tremendous obstacle to a ministry. Two locomotives were hitched to a train and they built up aa full head of steam. There was a tremendous grinding noise, sparks flew, smoke poured out, a lot of energy was expanded, but they did not get anywhere. Then, they finally figured out that the locomotives were going in opposite directions. One engine was turned around and they were able to pull a heavy load together.

That’s the way a marriage should be. Both need to be in agreement on a goal. If your mate is going in the opposite direction you are going, your ministry cannot be effective. What can you do? Sometimes the best thing to do is to be patient and wait. God is able to answer your prayers and deal with your mate. The worst thing to do is to take the matter in your own hands and create more smoke and sparks.

One pastor divorced his wife and married another because he thought his first wife was hindering his ministry. He is now selling life insurance. What happened to his ministry? It failed. It went down the tubes!

If your mate is contentious with you being in the ministry, start doing spiritual warfare on his or her behalf, binding the powers of darkness. Make sure you are offering up protecting with a covering of prayer. If you have checked your spiritual direction and know what God has called you to do, He will take care of your mate’s attitude.

Most of all, find ways to encourage and build up your mate. Make sure that your channels of communication are open. God will help you reach your goal, but do it on His terms.