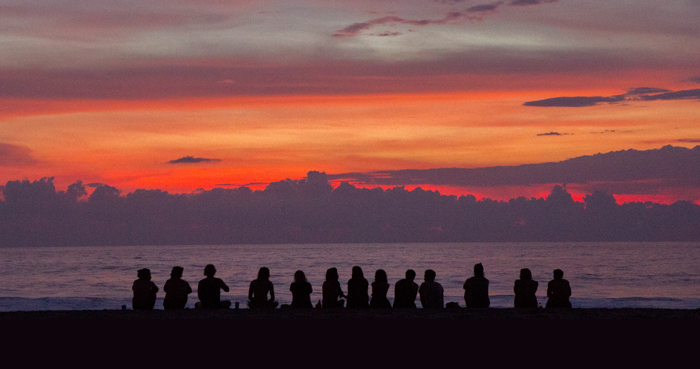 Friends can be even more influential than culture in shaping your thoughts and action.

When you have the wrong set of friends, it can sabotage your success and create thought patterns that limit your mind’s potential.

There is a terrific example of how this works in 1 Chronicles.

“Some time after this, King Nahash of the Ammonites died, and his son Hanun[became king. David said, “I am going to show loyalty to Hanun because his father, Nahash, was always loyal to me.” So David sent messengers to express sympathy to Hanun about his father’s death. But when David’s ambassadors arrived in the land of Ammon, the Ammonite commanders said to Hanun, “Do you really think these men are coming here to honor your father? No! David has sent them to spy out the land so they can come in and conquer it!” So Hanun seized David’s ambassadors and shaved them, cut off their robes at the buttocks, and sent them back to David in shame.” (1 Chronicles 19:1-4)

Hanun lost his father and was crowned king. David had been friends with Hanun’s father, so he sent an envoy of ambassadors to comfort him. It was a magnanimous gesture on the part of King David. But Hanun’s defective friends convinced him that David was up to no good. So, instead of receiving David’s envoy with honor, Hanun had their beards shaved off and cut their clothes so they were exposed. In other words, he publicly humiliated them.

Needless to say, David did not look kindly on this treatment of his representatives. So, he sent his army and his top commander to settle the score. God was on David’s side and the Ammonites were soundly defeated.

And David took the crown of their king from off his head, and found it to weigh a talent of gold, and there were precious stones in it; and it was set upon David’s head: and he brought also exceeding much spoil out of the city. And he brought out the people that were in it, and cut them with saws, and with harrows of iron, and with axes. Even so dealt David with all the cities of the children of Ammon. And David and all the people returned to Jerusalem. (1 Chronicles 20:2-3)

David had sent the envoy out of kindness, but Hanun was listening to unsound, spurious friends. Their advice caused Hanun to commit a terrible injustice. Within one year, the cities of Ammon were wiped out and looted, and the people were enslaved. David took Hanun’s crown and placed it on his own head. Hanun was destroyed.

That is what happens when you have the wrong friends. Their garbage goes into your mind and garbage—bad decisions—come out. They cause you to do foolish things. A handful of the wrong friends can do you as much harm as a thousand enemies.

…many of my “friends” in ministry told me there could never be a great church in Lansing because the city had a “Samson spirit” over it. One of the people who told me this seemed to be very spiritual and “holy.” He even prophesied several other things about my ministry. Another pastor told me, “There will never be a great church in Lansing because there are too many political demons in this capital city.” In the end he and these other friends were proven wrong.

I’m glad I didn’t accept their counsel. Jesus said we would cast out demons, not let them run our cities. Not too many years after these so – called friends made these predictions, Mount Hope Church was thriving, and the mayor invited me to be the grand marshal of Lansing’s Memorial Day parade. Mary Jo and I rode in a convertible waving to all the people lining the parade route. We were literally at the head of the procession, and when I looked behind us there came the senators, congressman, councilmen, and all the rest of the so called “political demons” on foot!

If I had listened to those unsound friends, I never would have sought to influence the city or build a big church. Thank God I had many other friends who encouraged me with sound advice and wisdom.