Why Does God Speak in Dreams? 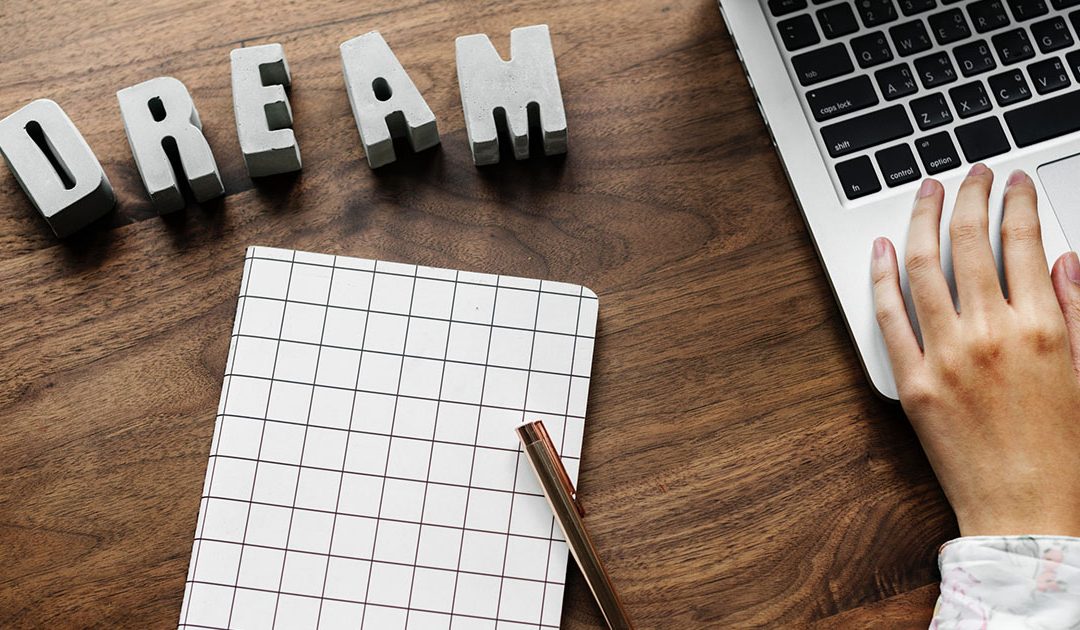 God still speaks to people through dreams because He loves and cares for every person on this earth. If a dream is the only way to tell someone about His love, then that is the avenue of communication He will use.

The Bible holds the answers to all truth, but sometimes we need answers to some very specific questions that apply to the practical aspects of everyday life. A pastor who had written a book needed to do the final edit on his manuscript. When he arrived home, he was shocked to discover the manuscript was missing. He called his office and had his assistant search his office, but the manuscript was not found anywhere.

To say he was upset was an understatement. There was no duplicate copy because he had thrown the previous drafts away so he wouldn’t mix them up with the final draft. The publisher was expecting the final draft no later than next week so the production schedule would not be delayed. Before he went to bed that night, the pastor prayed, “God, I don’t know where that manuscript is, but You do. I ask You to show me where it is.”

In this Ebook, Dreaming Dreams in the Night Season, learn the difference between a dream and a vision, why God speaks in dreams, and how to receive a dream from God. 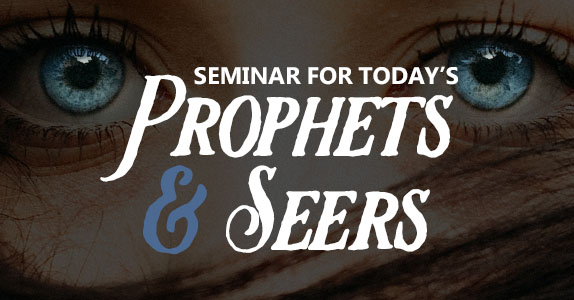 He fell asleep and had a dream that he was driving down the road he usually took to drive between home and the office. He saw a package on the side of the road. He stopped the car, got out and picked up the package. At that moment the dream ended, and he woke up. The dream was so vivid he got out of bed, got in his car and drove slowly along the road he saw in his dream. His headlights flashed on a package beside the road right where it had been in his dream.  Then he remembered what he had done.

2: To lead people to Christ

The only way to God, the Father, is through Jesus Christ, His Son. Jesus was conceived by the Holy Spirit and born of the virgin, Mary. He led a sinless life and died on the cross for our sins, not His sins. Then He was raised from the dead and ascended into Heaven. He is the only Mediator between God and man. Nobody can get to Heaven any other way but by coming through Jesus Christ. They must turn from sin and turn to Christ, publicly confessing Jesus as Lord. It is the only way to eternal life.

We all know people who are religious. Jesus met many in His day as well. However, it isn’t good enough to just be religious. A person must have a personal relationship with Jesus Christ to make it into Heaven.
God is so crazy in love with people that He will sometimes give an unsaved person a dream that will lead them to someone or someplace that they can hear the message of Christ and be saved.

Jesus’ stepfather, Joseph, followed God’s instructions given to him in dreams to protect baby Jesus from King Herod. A woman received instructions how to discipline her son and correct his bad behavior through a dream.

It is evident that God sends dreams to instruct and guide us. In Matthew, we read of Pontius Pilate’s wife having a dream and telling her husband not to harm Jesus.

Matthew 27:19 KJV
While Pilate was sitting on the judge’s seat, his wife sent him this message: “Don’t have anything to do with that innocent man, for I have suffered a great deal today in a dream because of him.”

Pilate didn’t listen to his wife’s message. He was a crowd pleaser and listened as they cried, “Crucify Him!” He tried to pass the blame off on the Jewish leaders and the crowd, but Pilate has gone down in history as the one that ordered the execution of the very Son of God.

Sometimes when a situation seems impossible, God will give you a dream to guide you to the right solution.

If you are struggling in some area of your life or facing difficult circumstances, pray and ask the Lord to give you instruction and guidance about what to do. As you submit to Him, an answer will come.

4: To give you intercessory guidance on how to pray for others

Have you ever had a bad dream about someone you love and didn’t know what to do about it? If that happens, don’t pass it off as a scary nightmare. Pray and ask the Lord what it means and how you should pray for that person. The Lord may be giving you forewarning of something so you can pray.

We all need someone to stand in the gap for us. That is why I so appreciate my prayer partners that pray for my family and me every day. I praise God that if He gives them a dream or tells them something about me, it is so they can pray it through on my behalf, like what happened in this next story.

5: To warn us of and to provide an opportunity for repentance

In Scripture, we find numerous examples of warnings given in dreams. The prophet Daniel dreamed dreams and also interpreted dreams. He interpreted dreams for King Nebuchadnezzar, including the one that foretold the loss of his kingdom in the fourth chapter of Daniel. Here is the warning Daniel gave the king:

Daniel 4:24-27
This is the interpretation, O king, and this is the decree the Most High has issued against my lord the king: You will be driven away from people and will live with the wild animals; you will eat grass like cattle and be drenched with the dew of heaven. Seven times will pass by for you until you acknowledge that the Most High is sovereign over the kingdoms of men and gives them to anyone he wishes. The command to leave the stump of the tree with its roots means that your kingdom will be restored to you when you acknowledge that heaven rules. Therefore, O king, be pleased to accept my advice: Renounce your sins by doing what is right, and your wickedness by being kind to the oppressed. It may be that then your prosperity will continue.

Here is the account of the fulfillment of what was prophesied in the king’s dream. It came about exactly as Daniel interpreted because the king did not heed the warning:

Daniel 4:28-34a KJV
All this happened to King Nebuchadnezzar. Twelve months later, as the king was walking on the roof of the royal palace of Babylon, he said, “Is not this the great Babylon I have built as the royal residence, by my mighty power and for the glory of my majesty?
The words were still on his lips when a voice came from heaven, “This is what is decreed for you, King Nebuchadnezzar: Your royal authority has been taken from you. You will be driven away from people and will live with the wild animals; you will eat grass like cattle. Seven times will pass by for you until you acknowledge that the Most High is sovereign over the kingdoms of men and gives them to anyone he wishes.

Immediately what had been said about Nebuchadnezzar was fulfilled. He was driven away from people and ate grass like cattle. His body was drenched with the dew of heaven until his hair grew like the feathers of an eagle and his nails like the claws of a bird.

At the end of that time, I, Nebuchadnezzar, raised my eyes toward heaven, and my sanity was restored. Then I praised the Most High; I honored and glorified him who lives forever.

When a warning is given, be assured what is prophesied will take place if we don’t heed the warning. The king could have avoided seven years of torment if he had listened to Daniel and repented in the first place. When the king finally repented, his kingdom was restored.

When King Nebuchadnezzar’s son, Belshazzar, became king, he did not heed a warning given in a dream and refused to repent. He died just as Daniel’s interpretation warned. If we are living in disobedience and willful sin, God often gives a warning to provide an opportunity for repentance. If we don’t heed the warning, we will pay the consequences.

God also gives warnings in dreams for intercession to save lives. Prayer can turn the tide on a disaster, as this story illustrates.

Not Every Dream is from God

Now that we have explored the reasons why God speaks to us in dreams, I want to stress to you that not every dream is from God. The enemy can send tormenting dreams.

Sometimes if we are overtired or stressed, the events or circumstances of the day may spill over into our dreams. And some believe that eating the wrong combination of food before going to bed can even cause dreams. That is why it is so important to learn how to discern which dreams are from God and which ones aren’t. 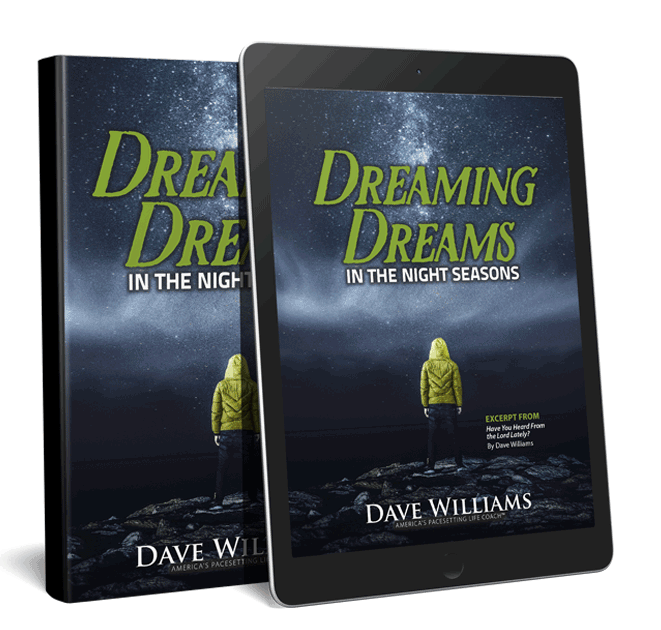 In this Ebook, learn the difference between a dream and a vision, why God speaks in dreams, and how to receive a dream from God.

Discover the keys to prophetic evangelism. Activate your dreams, visions, and spiritual eyes and ears.

The Father is calling YOU into a fresh dimension of intimacy. YOU can see into the spiritual realm! Learn more here.