Your Calling: It’s About People! 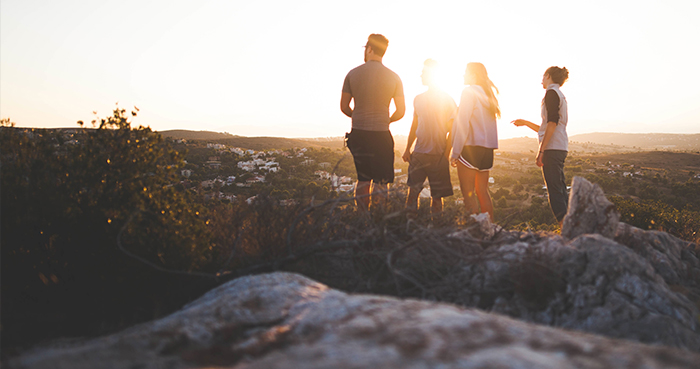 The Lord may be calling you to be a successful business owner, a social worker, doctor, or pastor. But the reality is whatever the Lord has uniquely called you to do—it’s all about other people. Jesus said,

So now I am giving you a new commandment:  Love each other. Just as I have loved you, you should love each other. Your love for one another will prove to the world that you are my disciples.
John 13:34-35

Say this out loud, “ I have a destiny…a divine assignment that is a somebody. And nobody who has ever come before me and no one who will every come after me will have the same destiny in their life as I do.”

Friendship is the paved highway that the Holy Spirit will most often travel. He uses other people to help shape us, and it’s our love for other people that proves to the world that we are followers of Jesus!

When Steve Jobs, co-founder of Apple Computers was trying to hire top executive John Sculley from the Pepsi-Cola company. He said, “Do you want to spend the rest of your life selling sugared water or do you want a chance to change the world?”

You too have a chance to change the world…one person at a time.

Wesley Autry was in a New York subway last year when he noticed a man had fallen onto the subway train tacks. The man had been convulsing and was not able to get up and out of the way of the soon coming train.

Wesley saw the headlights of the approaching tracks and jumped down and shoved the disoriented young man into the only place of safety, a grungy drainage ditch. The train passed over them both with only a 2-inch clearance. Later Wesley showed reporters the grease stains on the hat he was wearing from the undercarriage of the train. Wesley and the young man were fine.

Wesley became a hero overnight. All because he cared about people.

Will you choose to do something heroic for others this week? No, you don’t have to rescue somebody from a subway. There’s something we all can do: Be an encourager.