Millionaires with a Mission

Connected to the Great Commission

Enjoy an accelerated time of learning, growing, and receiving an impartation for wealth.

Club 52 is an elite group of business people and aspiring entrepreneurs that have chosen to connect their wealth with the Great Commission. You can become a member by attending a Club 52 or Dave Williams Wealthy Place Event.

Filled with warmhearted wisdom, Club 52 is a fresh, fun, and practical approach to discovering how to achieve your next level of financial security and how to fund the future of your dreams.

With greater wealth we can help more missionaries. We can build churches. We can live debt-free and do more if God is working with us. 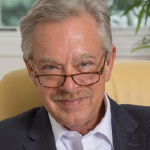 Dr. Dave Williams is a teacher, trainer, and best-selling author. He served over 30 years as pastor of Mount Hope Church in Lansing, Michigan with over 500 outreach ministries and churches in America, Africa, and Asia. During Pastor Dave’s tenure, Mount Hope Church gave over $40,000,000 to world and local missions. His training has boosted the effectiveness of pastors, leaders, and high achievers. Thousands have enhanced their performance and productivity by attending a weekend seminar, Church Leadership School, and Pacesetting Leadership Conference. 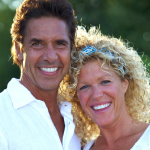 Together John and Judy are popular motivational speakers. John holds a Bachelor of Business Administration from the University of Colorado. His company is the largest privately owned architectural paint manufactory in Michigan, O’Leary Paint Company. His company is nationally recognized as one of the Top 40 paint dealers in North America. Judy is a certified Strength and Conditioning Coach and a personal trainer with over 10 years’ experience. While working as Director of Personal Training at a local fitness center, she increased sales 500% her first year. 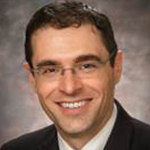 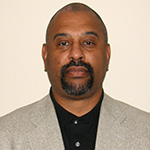 Randy has served as personal finance speaker at numerous events over the past twenty years, is the author of three books that teach Bible-based financial principles, and is the author of MoneyWalk articles distributed to thousands of people weekly via various types of media. For 32 years, he worked for a state agency that regulates financial services. He has lived totally debt-free since 2004 and became a millionaire before age 50 after overcoming $135,000 of loans plus finance charges and a negative $35,000 net worth. 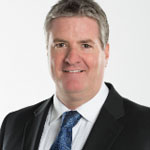 AKA The Pitbull | CEO / Broker / Realtor®

Christopher Raynor is a born businessman and entrepreneur. He started his first business at age of 8. In his mid 20’s, he had 6 auto detailing shops. He expanded his auto detailing to include high pressure commercial and residential real estate washing and cleaning services. He sold his successful businesses twelve years later and easily transitioned to mortgage lending and private hard money lending, both in the residential and commercial sectors.

Christopher is a devoted husband and father. When it comes to philanthropy, Christopher devotes much of his time to supporting charities all over the world…teaching finance, leadership, and public speaking at business conferences. When he’s not selling homes and making money for his real estate clients, Chris is all about Family, Faith, Fun, and Passion. 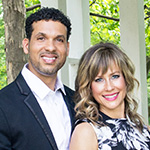 Jason and Grace are Vice Presidents in Financial Services. Their vision is to raise up 100 licensed agents to change communities by helping 1,000 families a month get properly protected, debt free, & financially independent. They take an educational approach to helping people with their finances; they teach “How Money Works” & then provide the tools to implement it. They are passionate about fulfilling the Great Commission; to GO, GIVE & LIVE AS GOD LEADS. They have been on 7 short-term Missions Trips since 2010. In Summer 2017, they led a team of 239 missionaries in the capital city of Nicaragua. Their Life Vision is to go to the NEXT LEVEL in every area of their lives & help others do the same; Spiritually, Mentally, Physically, Relationally, and Financially. 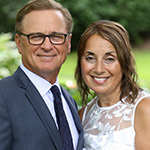 Mark and Janette established Brunette Home Improvement in their basement in 1982. Later they moved and built an office and warehouse in Delta Township, selling again they purchased a gem on 11 acres with an office in Lansing on West Grand River. Because of an economic downturn the company had a significant decline of assets showing a net loss for seven years. In January of 2013, without bankruptcy, trusting God, and planting seeds in God’s Kingdom they did what they thought would take ten years. The company recovered, and they saw a substantial change. Within three years they experience over a 1 million dollar turn around. Every year after God has continued to increase their sales and net worth. 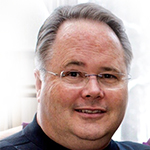 Guy is President of Phocus Consulting, providing guidance to entrepreneurs, Founder/Chairman of Advance Employment Services, which he started in 1986. His services involve vision, motivation, business development, strategic planning, team building, interpersonal communications, human Resources, and small business consulting. Guy has been a member at Mount Hope Church of Lansing for 31 years, and has served on the Boards of Gilead Healing Center, Mount Hope Missions, the Small Business Association of Michigan, Citizens for Traditional Values and Student Statesmanship Institute. Guy has been married 38 years to Gloria Richardson, has two sons, and five grandchildren.

What People Are Saying:

This seminar changed my life too both spiritually and financially, it’s well worth the investment.

My husband and I have learned so much, about how to change our thinking and our mental outlook. Now we know how to participate in upward giving and honoring the man of God. We are so excited!

I have thoroughly enjoyed this event, it has opened my mind to new things I have never thought of. Praise God for Pastor Dave!

This experience ignited a passion in my wife and me to step beyond our working life and living paycheck to paycheck and look to other sources of income and wealth generation. We are ready to take big steps of faith!

This has been a negative mind-set breaking experience for me. I can now dream bigger than I ever have before. It is like the ceiling has popped off; I can’t wait to see what God is going to do. Most importantly, my wife and I shared this experience and now we are both empowered to do what God has called us to do.

This seminar changed my financial life for the better! We are debt-free and on our way to the wealthy place from applying the principles we learned in this seminar! Financial freedom is true freedom and brings glory to our Father in heaven and peace to our hearts and lives! Thank you, Pastor Dave from the bottom of my heart!

I have learned how to break the poverty mentality I have walked in for so long. Now I have the clear revelation that it is not God’s will for me to experience lack. I feel I have freedom to dream big and have more.

My Life is already changing—my mind especially—and a harvest because of your blessings! I planted an “unusual” seed and received a “mind-blowing Harvest!!! ($30 turned into $4200!) I am grateful for all the books you gave, your cd’s, your wisdom—it was worth a million dollars! You are so incredibly kind and generous!

An unusual thing happened to me a few years ago. I was on my boat on a warm September day, anchored off a small island, worshipping God. I had only my Bible, a note pad, and some water and bread (I always carry bread in case the swans swim up to the boat, I feed them).

Suddenly, it was as if Jesus walked up to my boat and asked me a question. “David, will you help me raise up 52 new millionaires in the church?”

“Throw some bread in the water,” I thought I heard the Lord say. So I did. Instantly, there were birds everywhere! I tried to count them, but I couldn’t. As near as I could figure there were 50 birds or more.

“Okay, Lord, I’ll do it if you show me how,” I breathed softly to the Lord.

Later I told my wife Mary Jo about this experience. The next week she wanted me to take her to the spot where I thought I heard from the Lord. So we boarded the boat, cast off, and headed for my “prayer island.” We came to the approximate spot and I dropped the anchor.

Instantly, there were birds everywhere. I didn’t know where they all had come from. This time I could count them: 11 at the bow, 14 at the stern, 12 on the port side, and 13 at the starboard side … 50 birds in all. (I thought maybe there would be 52, but there were only 50.) Just then I looked, and there appeared two beautiful swans swimming up to the side of our boat. They were huge, much larger than the other birds. But the two swans made exactly 52 birds!

I sort of felt like this was a sign from God that 50 new millionaires and 2 new multi-millionaires would be raised up in the church.

I have such a heart for missions and reaching the lost, I knew that if these people would use their wealth for the Kingdom of God, we could achieve wonderful things, God working with us. 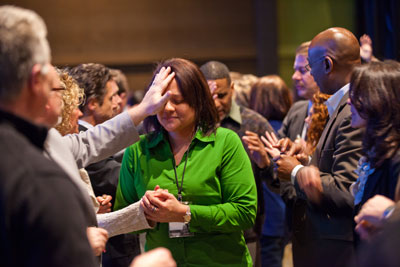 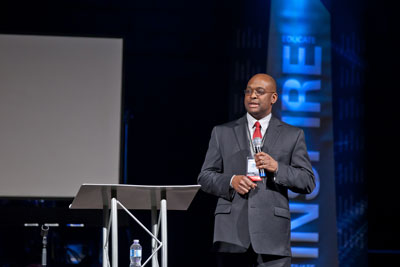 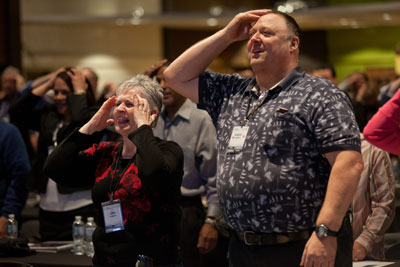 Where do I start, I wondered?

So, I started on my knees and in God’s Word. He began to give me instructions step by step. It’s amazing walking with God. It’s not about money; it’s about obedience.

I didn’t want to be called one of those money-type preachers. Yet I said, “Yes, Jesus, if you’ll show me how.”

First, we have to quit criticizing people with wealth. We have to start understanding them and how they think.

I started meeting millionaires and multi-millionaires. I asked them questions and wrote down their answers. I called in every godly millionaire I know and asked them to help me by being mentors for those God is calling to the ministry of wealth. I was amazed at their eagerness to impart and their willingness to invest time in people to help them in their businesses, franchises, real estate, and other investments.

Every millionaire I asked to help said they’d love to make an investment in others because they knew the Lord would bless them back more. Every millionaire I talked to seemed to have a grip on the seed/harvest principle. “You only get a harvest when you first plant the seed.” 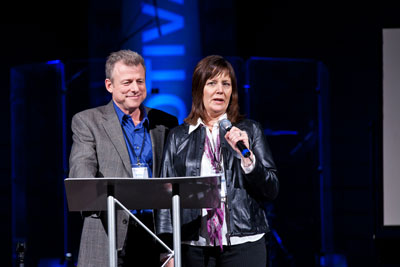 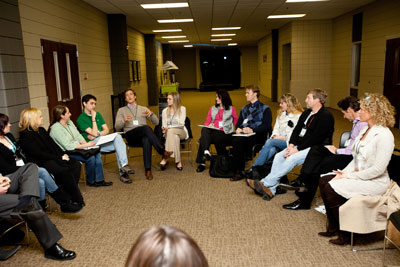 You’ll learn a step-by-step plan to: 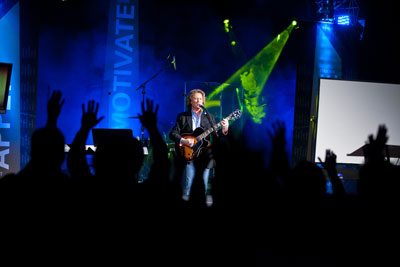 Believe it or Not

The difference is in what was done with the raw material. What are you doing with what God has given you? Research shows the greatest fear people face is having lived a meaningless life. The Word of God, the Lord Jesus, and a vibrant Spirit-filled community changes all of that!

“…The amassing of wealth is one of the worst species of idolatry! No idol is more debasing than the worship of money! Whatever I engage in I must push inordinately; therefore should I be careful to choose that life which will be the most elevating in its character.”

Steel Tycoon of the 19th Century 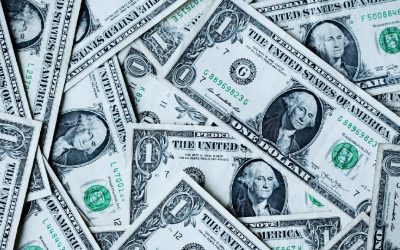 The Biggest Wealth Re-Alignment in History

For the past three months, I’ve been teaching on the Great Wealth Re-Alignment. Satan devised a counterfeit called the “New World Order’s Global Currency Reset.” Yet God has a genuine re-alignment in progress now. The biggest wealth re-alignment in the history of... 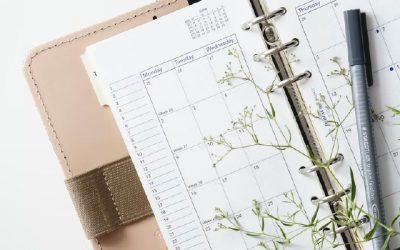 Preparing for Your Financial Re-Alignment

Have you ever heard someone say, “The Sky is the Limit?” In truth, with God as your Source, there are no limits! When you see a promise in God’s Word, you can grab onto it in faith, fully expecting it to come to pass. I remember my friend, Jack Van Impe when he would... 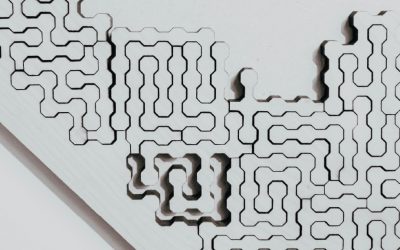 Positioning Yourself for The Great End-Time Financial Re-Alignment

Are you struggling with the staggering inflation we are encountering these days? It was hyperinflation in Germany that brought Adolf Hitler to power. Inflation (caused by government spending) brought a prosperous country, Venezuela, down to third world status with...